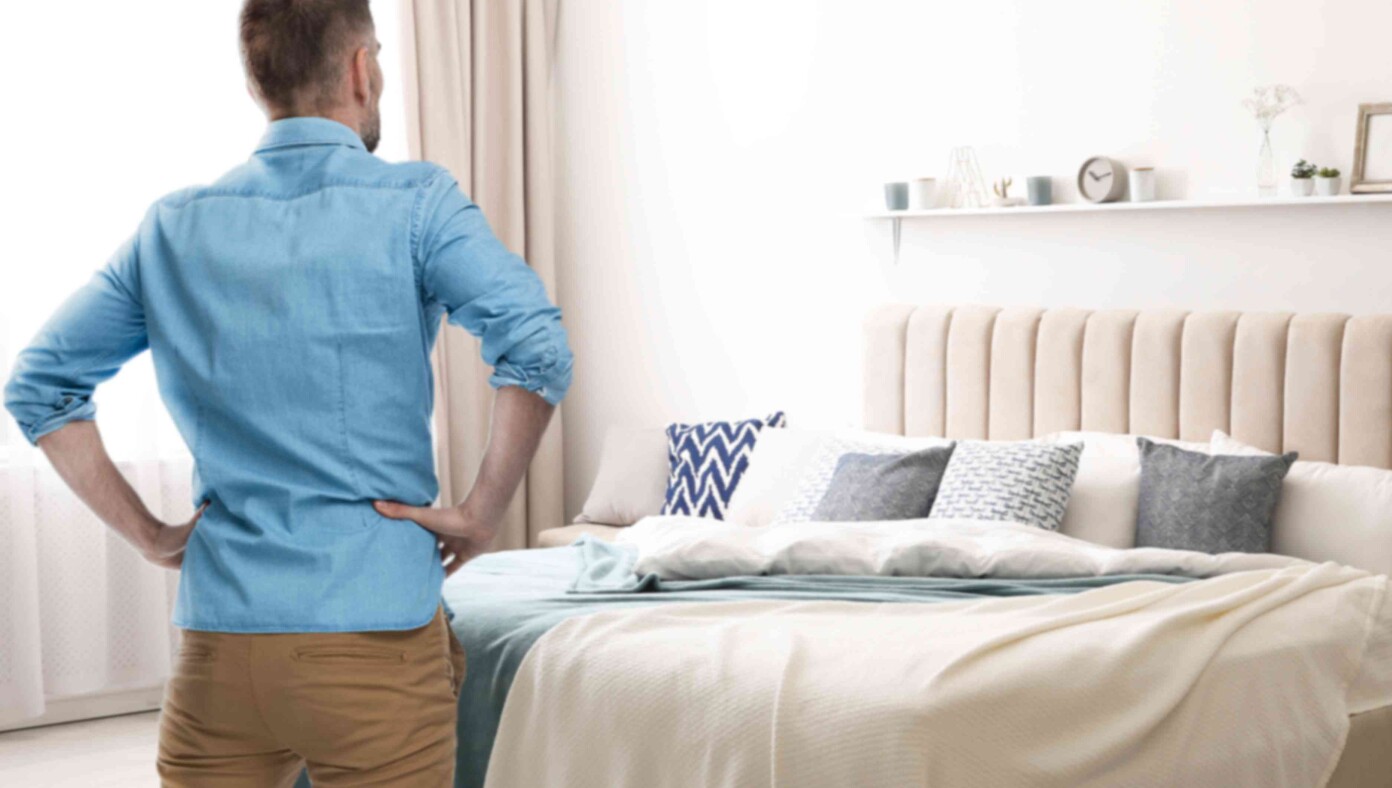 HELL, MI — Local husband and useless idiot Virgil Marlo met with disaster Monday after placing throw pillows on the bed in the wrong order. The clueless husband had attempted to tidy up after knocking the pillows on the floor.

“There. Perfect!” Virgil reportedly declared after mistakenly placing the blue-colored pillow next to the one covered in roses like a brain-dead moron.

Warnings from friends and family to wait for his wife to get home before messing with the pillows were dismissed by Marlo who said, “They’re just pillows, it’s fine.”

In all, five pillows were placed on the couple’s bed, two of which were actually from the living room and clashed with the upholstery. The addition of two grey pillows where they didn’t belong made the entire bedroom look like it belonged to a serial killer, warned Marlo’s eleven-year-old daughter Tracy. The daredevil husband dismissed this warning as well.

Chinese critics, skilled in the art of feng shui, have called out the husband’s arrangement of throw pillows as bringing about a “dark sense of dread” to the family home.

At publishing time, Virgil Marlo had spent three hours being lectured by his wife that pillows are not to be trifled with.