How General Soleimani Kick-Started The Multipolar World, by Pablo Escobar

Talk about blowback. From Pablo Escobar at zerohedge.com:

The consensus among future historians will be inevitable: the 2020s started with a diabolic murder. 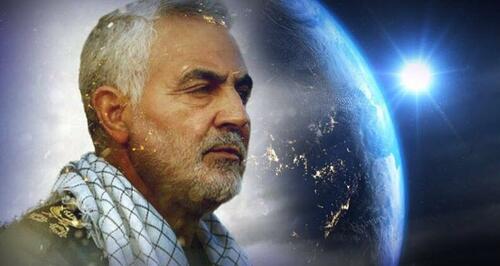 This act of war set the tone for the new decade and inspired my book Raging Twenties: Great Power Politics Meets Techno-Feudalism, published in early 2021.

The drone strikes at Baghdad airport, directly approved by the pop entertainer/entrepreneur then ruling the Hegemon, Donald Trump, constituted an imperial act engineered as a stark provocation, capable of engendering an Iranian reaction that would then be countered by, “self-defense”, packaged as “deterrence”.

The proverbial narrative barrage spun to saturation, ruled it as a “targeted killing”: a pre-emptive op squashing Gen. Soleimani’s alleged planning of “imminent attacks” against US diplomats and troops.No evidence whatsoever was provided to support the claim.