The Age of Exterminations: How to Kill a Few Billion People, by Ugo Bardi 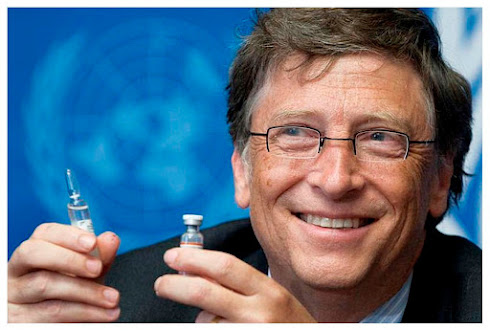 Bill Gates has been accused of having publicly declared (*) his intention to exterminate billions of people in order to reduce overpopulation. It is not true; Gates never said anything like that. Unfortunately, though, that doesn’t mean we can rule out that some powerful elites are actually planning mass exterminations. It has already happened in the past, there is no reason to think that it won’t happen again. The problem is not with overpopulation itself, but with the concept of “utilitarianism” that empowers the elites to take action without being bound to moral principles. We saw it happening with the Covid pandemic. We must rethink our implicit assumptions if we want to avoid even worse disasters in the future.

With 8 billion people alive on Earth, it is reasonable to believe that the planet is becoming a little crowded and that life would be better for everyone if there weren’t so many people around. But we should not neglect the opposite opinion: that we have resources and technologies sufficient to keep 8 billion people alive and reasonably happy, and perhaps even more. Neither position can be proven, nor disproven. The future will tell us who was right but, in the meantime, it is perfectly legitimate to discuss this subject.

The problem is that we don’t have a discussion on population: we have a clash of absolutes. The position that sees overpopulation as a problem has been thoroughly demonized over the past decades and, still today, you cannot even mention the subject without being immediately branded as a would-be exterminator. It happened to Bill Gates, to the Club of Rome, and to many others who dared mention the forbidden term “overpopulation.”

The demonization is, of course, a knee-jerk reaction: the people who propose population planning would be simply horrified at being accused of supporting mass exterminations. But note that there is a real problem, here. Exterminations DID happen in the recent past, and they were carried out largely on the basis of a perceived overpopulation problem. During the Nazi era in Germany, the idea that Europe was overpopulated was common and it was widely believed that the “Lebensraum, the “living space,” available was insufficient for the German people. The result was a series of exterminations correctly considered the most heinous crimes in human history.