SLL suggested the same thing a year ago. Oh well, better late than never for MIT. From Tom Pappert at nationalfile.com:

After over a year, scientists have determined that social distancing and limited occupancy rules may be totally useless. 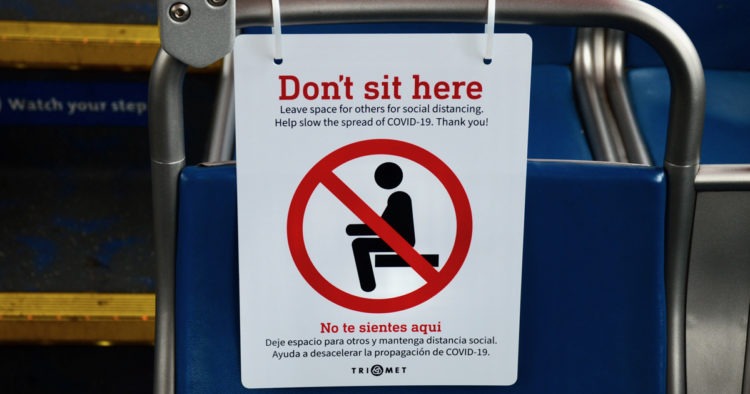 A new study conducted by MIT scientists and released this week reveals that the six foot social distancing and limited occupancy guidelines made law in most of the civilized world have done little to slow the spread of COVID-19, and suggests the only way to reduce the spread of COVID-19 is to limit exposure to highly populated areas and areas where people are physically exerting themselves, such as gyms, or areas where people are singing or speaking, such as churches.

The study reveals that the social distancing guidelines employed throughout much of the world for over a year have done nothing to limit the spread of COVID-19, suggesting that the adaption of the guidelines did not stop the spread of the of the China-originated virus, and it can only be slowed with the employment of severe lockdowns. Paradoxically, states and cities that have engaged in severe lockdowns have seen the largest spikes of COVID-19.

“We argue there really isn’t much of a benefit to the 6-foot rule, especially when people are wearing masks,” MIT professor Martin Z. Bazant said, as reported by NBC. “It really has no physical basis because the air a person is breathing while wearing a mask tends to rise and comes down elsewhere in the room so you’re more exposed to the average background than you are to a person at a distance.” In other words, widespread mask wearing may simply change the physical vectors of transmission within a given room rather than stop it, effectively making six foot distancing rules pointless.