Slowly, very slowly, the curtain is being drawn back on official Saudi Arabian complicity in the 9/11 attacks. From Tyler Durden at zerohedge.com:

It’s being called “a complete government cover-up of the Saudi involvement” according to 9/11 victims’ families who are in a lengthy ongoing lawsuit seeking to expose Saudi involvement in the 9/11 attacks and US efforts to cover it up.

A new bombshell has been dropped which the families of victims are hailing a huge success: FBI court documents inadvertently left a key Saudi embassy official’s name unredacted, revealing one of the government’s most sensitive secrets regarding the September 11 attacks and state sponsorship.

A Yahoo News exclusive reveals, based on what has since been admitted as “a giant screw-up,” the identity of “a mysterious Saudi Embassy official in Washington who agents suspected had directed crucial support to two of the al-Qaida hijackers.” 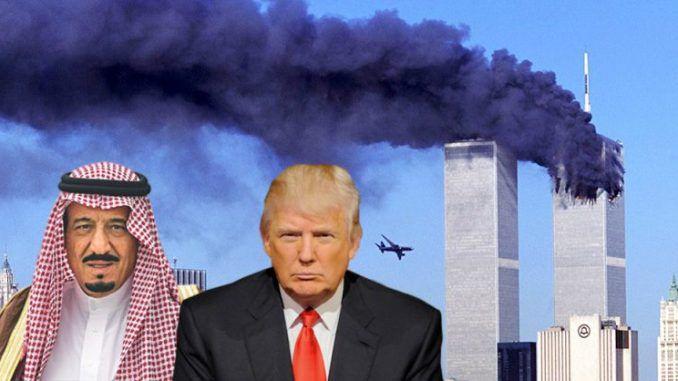 Ironically the ‘accidental’ release of the information was related to filings by Attorney General William Barr and acting Director of National Intelligence Richard Grenell to get information pertaining to the kingdom’s role in the attacks permanently banned from public access, citing the usual “state secrets” and national security concerns.
Continue reading→