Here’s an intriguing new car that will cost about $7,500 and get about 80 miles to the gallon. Too bad nobody will be allowed to drive it, at least in the US. From Eric Peters at theburningplatform.com: 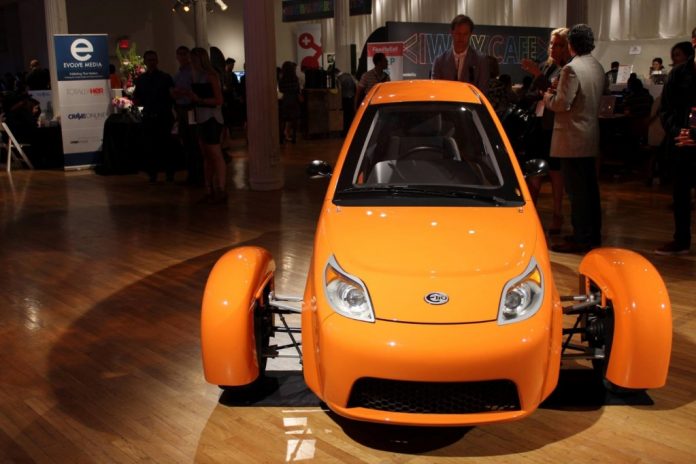 You probably haven’t heard of Paul Elio – probably because his car company hasn’t been the recipient of your tax dollars, nor the prostrate fawning-over of an adulatory press . . . unlike another car company headed by someone with name recognition on par with Coke and Jesus.

Paul’s car is simple and inexpensive – projected base price of $7,450. It is extremely fuel-efficient (80-plus MPG) and so makes economic and practical sense – two more reasons why you probably haven’t heard about it.

Which is probably why you’ll never get to drive it. 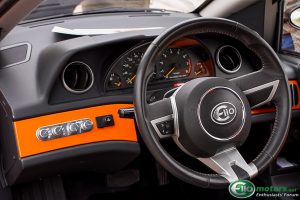 The Elio doesn’t meet the criteria which that other company’s cars do. They areexpensive – base price $35,000 for the least pricey version of the lowest cost model. They aren’t efficient – you’ll have to plan trips around the comparatively short range and lengthy time to recharge.

But they don’t burn gas – and that is the thing when it comes to picking the taxpayer’s pocket and being the recipient of press adulation.

The jihad against internal combustion – no matter the economics (or the other reasons) is a gale force hurricane blowing directly in the face of Elio Motors, but it’s the wind in the sails of that other car company.

Elio will probably not make it.

The company apparently has cashflow problems – but the much more serious problem is a government problem. It is not the absence, via the government, of a direct line  to the taxpayer’s pockets – which keeps that other company’s doors open. It is the probably insurmountable obstacle of acquiring the government’s approval for use on public roads.

Because the Elio is a three-wheeler. 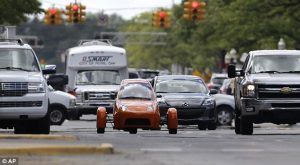 This was intended to be Elio’s way of end-running the government’s saaaaaaaaaaaaaaaaaafety mandates, which have made four-wheelers both expensive and inefficient. Keeping the size – and weight – down is the key to getting the mileage up and the cost down. This has become very hard to do with four-wheelers, because they must pass all those government crash tests, including side-impact/offset barrier and rollover tests.

This entry was posted in Business, Government, Technology and tagged Elio. Bookmark the permalink.