That most people have to be bribed (“incentivized” in government-speak) to buy an electric car shouldn’t stop the government from continuing to promote them. And if enough people still won’t buy, force them. From Eric Peters at theburningplatform.com:

Electric cars are a great deal  . . . when you get someone else to pay for them. This appears to be the only way to convince anyone to buy one.

BMW recently offered a $54-per-month lease deal on the i3, its $44,450 (to start) electric car. BMW is literally paying people to take one off their hands – and for those who do, it’s one hell of a bargain.

BMW is not the only company selling electric cars this way. They are allbeing sold this way.

Every single one of them is a money-loser . . .  for those making them.

The problem, of course, is that you can’t stay in business for very long paying people to “buy” your stuff. Cue the infamously frank comment by Fiat’s head, Sergio Marchionne – who publicly urged people not to “buy” the electric version of the Fiat 500, which he admitted cost his company $14,000 per sale. 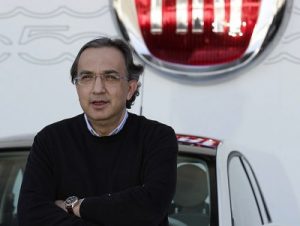 The absurdity of this would be the subject of national laughter (and outrage, in the “environmental community”) if the car companies were paying people to take home $45,000 SUVs for $54 a month. Someone might raise their hand and ask why the car companies, in such a case, don’t just stop building SUVs they can’t get rid of without resorting to paying people to take them off their hands?

The usual rule has been: If a car doesn’t sell, you stop making it. The infamous Edsel comes to mind. More recently, the Pontiac Aztek. Imagine the belly laughs if GM refused to throw in the towel, despite obvious lack of interest in the dumpster-on-wheels and just kept on stamping them out – resorting to ever-more-pathetic “deals” in order to unload them.

There would be calls for men in white outfits to visit the Renaissance Center in downtown Detroit – which is GM’s HQ. Take the people on the top floor away for a rest. Come along now. It’ll be all right . . .

This entry was posted in Business, Government, Taxes, Technology and tagged electric cars. Bookmark the permalink.