Car companies and their suppliers seem increasingly uninterested in  . . . cars. Unless electric, which serves the purpose of perpetuating the fiction that these car companies are still in the car business.

When it comes to EVs, they are in the rent-seeking business. 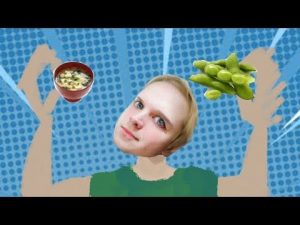 But the new “product” isn’t electric cars, either. It’s virtue signaling. We Are Concerned. About everything.

Well, everything except what customers are interested in – like trucks and SUVs, for instance. Which GM builds with reluctance born of shame.

Better to get the government to mandate what the virtue-signalers are interested in.

But is anyone buying?

How does one earn a profit by posturing? Gillette – the razor blade company – recently lost a lot of profit by signaling the virtue of accusing everyone with an XY chromosome between puberty and dotage of being a serial misogynist. Dicks – the outdoor store – signaled the virtue that its customers are not to be sold firearms.

And lost a lot of customers.

McDonald’s still serves hamburgers. Probably not for much longer.

The virtue signaling is so fervent – and so unconscious – that losing money no longer bothers the executives at the helms of these major corporations. To them, it is far more important – critical – to bask in the approval of other virtue-signalers. To amen and clap one another on the back, as at a Sunday service. The ersatz religious aspect of all of this has been noticed by many.

It is the new way for people to find . . . meaning these days.

It explains the electric car insanity. EVs are virtuous in the same way that dabbing one’s forehead with ashes on certain Wednesdays was, once. EVs are eschatological. They will save us from the End Times, rapidly approaching.

Electrification has become what reliability, durability once were but no longer are, being practical considerations with no transcendent unction whatsoever.

Saving gas – or saving money – are far less compelling than saving the planet. It doesn’t matter that the planet isn’t in need of saving any more than black cats were “familiars” of the devil in 1600s Salem.

It’s the belief that drives the frenzy. 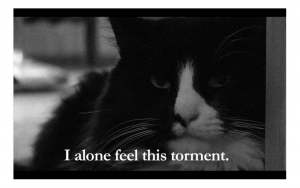 “While each of our individual companies serves its own corporate purpose, we share a fundamental commitment to all of our stakeholders,” reads the statement signed by Barra, et al.

“Stakeholders”? Who are these people, exactly? They are anyone who is  . . . concerned. Such people now have more influence over how cars are built and companies run than investors and, of course, customers. They are to corporate America what The Help was to Leona Helmsley. To be put up with, but despised and ignored.

This manifesto could have been written by Wesley Mouch – one of the fictitious virtue-signalers in Rand’s epic novel. He worked as an advertising copywriter for a car company, ironically enough.

He was also – in the book – part of a cabal of corporate/government apparatchiks who created the “Equalization of Opportunity Act”  . . . which sounds very much like something the next Congress will bring up for a floor vote – and which Mary Barra would probably be in favor of.

Perhaps also Directive 10-289 – which enumerated eight points designed to assure that . . . “each person . . . lead(s) a life of meaning and dignity.”

Corporations used to give lip service to these pieties but didn’t practice them. Now, they preach them. Because the virtue signalers who used to nag the car companies from the sidelines now run the car companies.