The Vampire Effect, by Eric Peters

The government does its best to kill self-reliance. From Eric Peters at ericpetersautos.com:

One of the subtler – and most vicious – ways the government renders us more dependent on it is by rendering us less able to help ourselves and one another.

I just got the second of my twice-yearly bills from the government demanding about $1,000 in rent – it is styled “property tax” – on what is absurdly styled “my” house, in order to be allowed to continue living in it (hence rent, notwithstanding I am technically the “owner” of my house, having paid the former owner in full for it many years ago).

It’s a lot of money for me – and for most people.

It’s also just about the same amount of money a family member needs to cover rent they can’t pay this month. 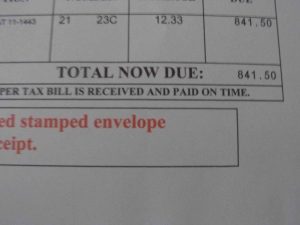 But it’s subtler – and more vicious than just that.

I have lived in my house – the current house – for 16 years. My total annual “rent” is about $2,000. Punch that into a calculator times 16 and you get $32,000 dollars. That amount of money would be more than enough money to turn a little outbuilding I have into a nice little cottage my family member could live in – and pay rent to no one (thereby decreasing her dependence).

But that money is gone, too. 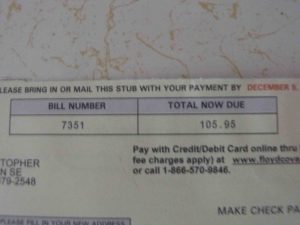 Plus the 15 percent off the top of every dollar I earn as a “self-employed” person, which goes to retirement checks for people I have never met who need them because they, in their turn, had vast sums stolen from them over the course of their working lives to fund the retirement of the oldsters before them – and so on.

The common denominator being we’re all made dependent on the government.

Most of us could not only take care of ourselves absent the government, we would be able to take care of those who cannot care for themselves. This capacity to be charitable – and act on our best impulses – is also stolen from us and we are reduced to the status of jealously protecting what we’re allowed to keep.

Instead of goodwill toward men, wariness and resentment toward men – who we come to correctly view as potential claimants without limit on our industry and frugality. If we are careful with money but someone else isn’t, the person who isn’t can use the government to put his hands in our pockets. 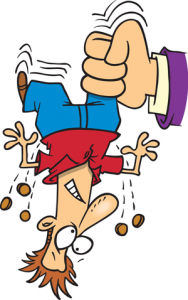 We are also deprived of another important thing – the ability to help others find their way back to responsibility and accountability. The government care about neither thing because it wants dependency in perpetuity because that gives the government power – and control.

But when we have a family member or friend or neighbor in distress, our desire is for their distress to be temporary. The very last thing we want is for them to become dependent in perpetuity on us – because it’s servile, of course but also because we haven’t got unlimited means. Our help must by definition be temporary and this, in turn, gives incentive to both the giver and the recipient to figure out and fix the problem so that it goes away.

We help with this month’s rent – but spend the rest of the month helping that person get their finances in order, or a job or whatever is necessary to assure that they are able to pay next month’s rent.

The government has no interest in that because it tends to foster independence – and there’s no power or control in that.

And so, it mulcts us all such that the responsible and industrious can just barely take care of themselves, with the ultimate goal being to keep everyone in a state of anxiety about their security, in order to nudge them ever closer to being dependent on the very thing which is the source of their insecurity.

Government is a vampire. It sucks the life from the living – and creates fresh corpses wherever it goes.

And there is only one effect treatment for vampirism.

One response to “The Vampire Effect, by Eric Peters”