Pompeo Can’t Blame Iran For Attacking Itself, by Tom Luongo

So far there has not been a word from ever voluble Mike Pompeo on this latest Middle East incident. From Tom Luongo at tomluongo.me:

Just when you thought it was safe to go back in the water someone poked a couple of holes in an oil tanker belonging to Iran. This sent oil prices up briefly in the vain hope of stabilizing them. But, strangely, Secretary of State Mike Pompeo was silent.

This was a warning to Iran from someone on the Saudi/Israeli/U.S. side, “You won’t win without costs.”

Well, of course, that’s true. The big question everyone is asking is, of course, “Who did this?”

Details are sketchy with a lot of back and forth. Iran initially reported missile strikes.

Report: Explosion in #Iranian tanker has set vessel on fire near #Saudi port city of #Jeddah. 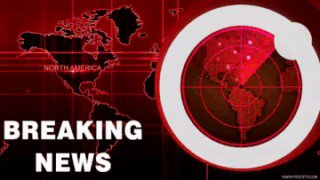 115 people are talking about this
But Iran’s national tanker company, the owner of the boat, is now ruling out missiles.

But who did this is honestly not even relevant at this point. It could be Israel, the Saudis, rogue U.S. or British agents, etc.

Once we started down this path of sanctions, attacks on oil assets, and the like, it opened up the possibility of anyone with an axe to grind creating an incident for their purposes and blaming someone else for it.

There are so many conflicting priorities on all sides of this issue that all it takes is the right suitcase of money to start a war, or spike oil prices for a few hours, or whatever.

I can spin a dozen motivations out of my head right now whereby everyone involved has motive to attack an Iranian tanker. And they would all sound plausible, including the one that you know Mike Pompeo is just itching to waddle away from the buffet table to announce, that Iran attacked itself.

And the less that evangelical crazy-man says about this, the better everyone will be. In fact, it is Pompeo’s silence is deafening, since he never misses an opportunity to bash Iran. It makes you wonder just how much he may or may not know about this.

The reality is that Occam’s Razor is the most useful tool in this situation.

The people squawking the loudest about the President’s recent policy decisions in the Middle East are the ones most likely behind this. They are the ones with the most to lose if Saudi Arabia falls and the U.S. pulls much of its force out of the Middle East.

The most likely candidate is the one actor who has consistently overstepped its bounds in attacking neighbors it considers hostile for any reason. Israel.

The headlines this week have been wall-to-wall gnashing of teeth and pearl clutching over the fate of the Kurds in Northern Syria, left to the tender mercies of the Turks.

And that has been coming most forcefully from the gaggle of AIPAC drones that inhabit the D.C. Swamp.

But the reality is that the partitioning of Syria has been a U.S. neoconservative project from the beginning of the civil war. Israel has given aid and comfort to ISIS fighters along the Golan Heights. This is not news, folks.

And the use of the Kurds to destabilize not only Syria but Iraq, Iran and Turkey by outside actors, like the U.S., Saudi Arabia and YES, Israel, is well established.

Pompeo has helped preside over sending the Kurds more than 30,000 truckloads of weapons. Who paid for those weapons, by the way?

How many of these SDF fighters are nothing more than foreign mercenaries paid by us to hold strategic areas of Syria– the oil fields and the border crossings –to starve Assad out of power?

It’s been long established that the U.S. presence in Syria is unsustainable. But who keeps the pressure on Trump politically to maintain the situation?

There comes a point where the evidence of influence is overwhelming and the state of the game board so degraded that it’s time for someone to make a bold call and change tactics.

If the neocons and Israeli Firsters in Congress (and formerly in his cabinet) have turned on Trump to the point of starting impeachment proceedings against him for not going to war with Iran, then Trump is free to finally just blow it all wide open.

Which is exactly what he is doing. The Kurds were simply mercenaries to help us defeat ISIS. Job’s done, your beef with Turkey is your problem.

Remember that Russia’s intervention in Syria outed who was really behind the coalition to overthrow President Assad and when Turkey’s Erdogan was framed into a fight with Russia, shooting down an SU-24 in November 2015, Erdogan realized he would be the scapegoat for the entire operation and swiftly began changing his tune.

Don’t you think Trump can see the same setup happening here now with the Kurds?

They jumped the gun on impeachment. They didn’t neuter Trump, they unleashed him. Because he simply has nothing left to lose.

Today that shift by Erdogan has culminated in his securing Northeastern Syria from Kurdish forces whose sole intention was to sow dissent and try and form an independent state, the dreams of which died with Barzani’s Peshmerga Forces getting routed at Erbil in 2017.

Everything since then has been a delaying action. Trump was willing to go along if he could get Iran to the table on nuclear weapons. Putin and Erdogan prevailed on Trump to do a double deal. Turkey would give up support of Al-Qaeda in Idlib and the U.S. would begin pulling support for the Kurds in eastern Syria.

Syria can begin normalizing and the Saudis and Israelis will have to face up to the need to sue for peace.

But that means the end of the dream to partition Syria and striking Iran. Trump beginning to pull U.S. forces out of harm’s way is the surest way to ensure there isn’t another accident which sets us on the path to war.

So, to me, it makes perfect sense to see rogue elements around the region acting independently to try and revive the war footing while cynically supporting a collapsing oil price.

It’s clear that no one in the U.S. or Saudi Arabian power circles wants oil collapsing below $50 per barrel. The Russians and the Iranians don’t care, they trade oil now mostly outside the dollar and their currencies immunize them to the fluctuations.

Trump watches the stock market like a hawk and the Saudis watch the price of Brent like their lives depend on it, because they do.

So, some noises that talks are good and an attack on Iran’s tankers are good for oil prices. An end to the trade war (very unlikely) and Iran bowing to U.S. demands to stop exporting oi (even less likely) is doing nothing more than creating yet another opportunity to short oil.

That’s the legacy of the chaos created by making terrible decisions intervening in other people’s affairs. That’s why it really doesn’t matter who attacked the Iranian tanker. It was a bad move. All it does it convince Trump further that it’s time to get out of the way and cut bait.

The Saudis and the Israelis are harboring huge and ancient grudges against Iran that can no longer be tolerated in U.S. political circles. This is crippling U.S. politics.

Regardless of who actually attacked this tanker their collective grudge and control over the corridors of power in the U.S. is the fuel that keeps these conflicts ongoing.

Trump, to his credit, is now finally voicing and acting on his long-held beliefs that the Iraq War was a mistake, that Syria is an Obama/Clinton quagmire and that Russia has a strong role to play in cleaning up their messes.

And the less we listen to the cries of anguish from “the usual suspects” the quicker we can back away from war.

One response to “Pompeo Can’t Blame Iran For Attacking Itself, by Tom Luongo”