A Glimpse Towards November, by James Howard Kunstler

The election could well be pure chaos. From James Howard Kunstler a kunstler.com: 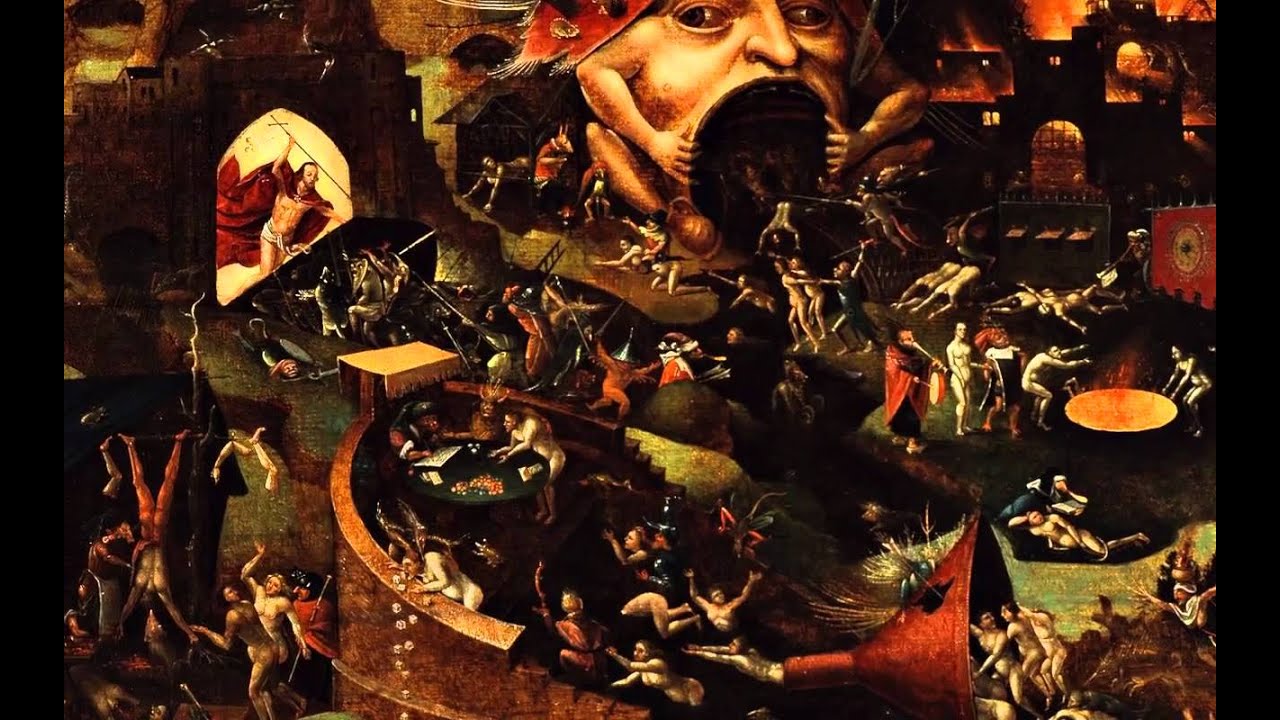 Hieronymus Bosch: The Harrowing of Hell (Or USA Election 2020)

These dog days of summer, an anxious stillness descends across the USA as the pandemic pulses through the land in fearsome new waves, and incomes vanish, and businesses roll over, and unpaid payments-due tip lives into the bardo of default, and the idle hours of no work, no money, no company, and perhaps no future weigh cruelly on the 99 percent of citizens not girded with portfolios of FAANG stocks. A collapse of just about everything is on all at once — economic, political, cultural, social — and the election looms yet more ominously than Covid-19.

The New York Times and its media co-seditionists insist that massive mail-in voting will do just fine despite plenty of evidence that it’s already a demonstrable fiasco — for instance in the recent New York primary where two congressional district contests remain undecided months later due to ballot irregularities. The boards of election “had operational issues,” as Governor Cuomo put it, “and we have to learn from them” — another teachable moment in the Democratic Party’s valiant struggle to morally improve America strictly on its own terms.

Over in Nevada, the state legislature passed a mail-in vote scheme that will send ballots out to everybody and his-or-her uncle, with no ID required, and a feature that permits ballots to be filled-out by someone other than the addressed voter. Nice! A “ballot-harvesting” model for other states. In California, where anybody with a driver’s license is automatically registered to vote via the 2015 “New Motor Voter Act,” ballots will go out to 600,000 un-documented non-citizens who were granted licenses under a separate act (AB-60) the same year. Do you suppose all of them will conscientiously toss their ballots in the trash while California’s mighty Democratic Party machine importunes them to vote early-and-often?

The other index of the Democratic Party’s desperation is the ongoing emperor’s-new-clothes charade posing the effigy of Joe Biden as a serious candidate for a rather important position in government. Everybody knows that they know — and we know that they know that we all know — that Mr. Biden is sailing into a fog-bank of senility, and more measurably each day! His every staged performance is an obvious embarrassment of fumbled phrases and things forgotten. They are going to have to find a replacement. It really comes down to two figures: Bernie Sanders and Hillary Clinton. What a predicament!

Mr. Sanders, though not demented, is just too old and his heart attack earlier in the year can’t be reassuring — not to mention the fact that as a declared “socialist” he automatically alienates enough voters in the old blue-collar swing states to render him a loser. Plus, the DNC hierarchy hates him, has plotted against him at every turn in the past two presidential primary seasons, and quite possibly rigged this year’s Super Tuesday vote to successfully dump him in favor of the phantom they now pretend is leading the party.

Hillary still owns the DNC — literally. Nobody knows how much of the Clinton Foundation’s ill-gotten moolah still underwrites the party’s national operations. The arrest of Ghislaine Maxwell, with new allegations about Bill Clinton’s capers on Epstein’s Pedo Island, is a strange twist with mystifying implications — especially the timing and the motives of those in the DOJ’s Southern District who stage-managed it. With the Clintons, intrigues always abound. But if ever there was a Lady Macbeth moment for wickedness to prevail, this is it. For now, the old warhorse is laying low on her yoga mat somewhere in the Chappaqua woods.

Who else is there? Andrew Cuomo, a longshot with that rap hanging over him about sending thousands of geezers to certain Covid-19 death in infected nursing homes, and Michelle Obama, a fairytale possibility that would have all the optics of an outright coup d’état.

In the meantime, the Dems have ginned up a soap opera over Mr. Biden’s supposed running-mate, starring several requisite POCs of the female persuasion, all unappetizing personalities, each in a distinctive way, none of them qualified to step into the main job when Mr. Biden is issued his 25th Amendment pink slip. The party has been half-heartedly hoisting their trial balloons in a predictable rotation following the dismally obvious affirmative-action script, just another hustle in the season of Black Lives Matter, the hallucination du jour in a year of neo-medieval mass psychosis.

This entry was posted in Government, Morality, Politics and tagged 2020 election. Bookmark the permalink.