The Benghazi Attack: The Forgotten History of the 2012 Attack on the U.S. Consulate in Libya, by Sam Jacobs

There’s another 9/11 that’s important. From Sam Jacobs at ammo.com: 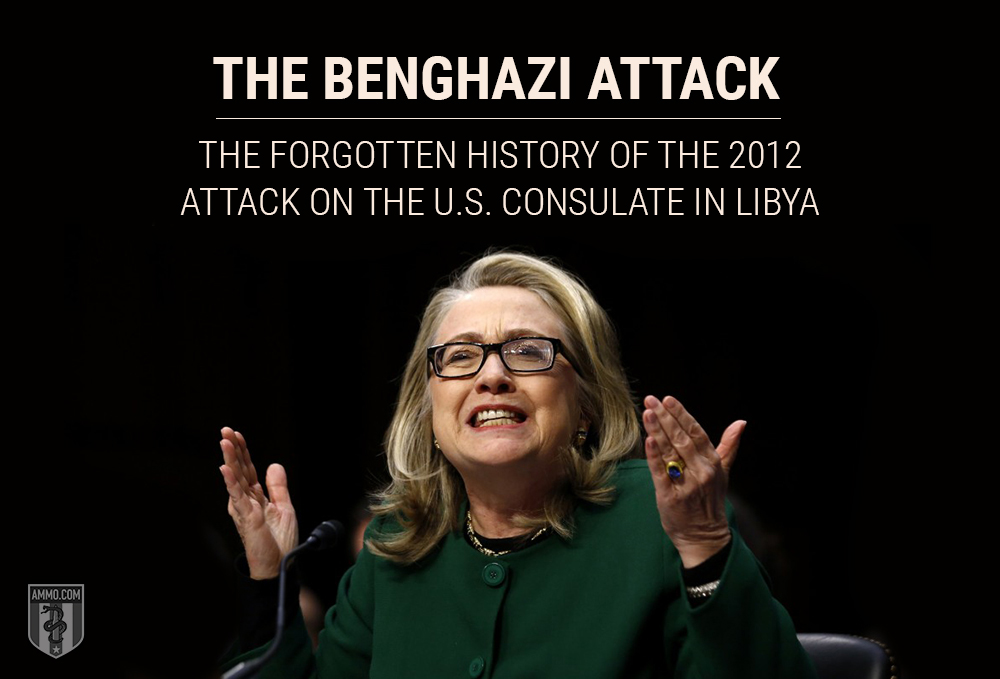 Once the Libyan Revolution began in February 2011, the CIA began placing assets in the region, attempting to make contacts within the region. Ambassador J. Christopher Stevens, whose name and image would soon become synonymous with the Benghazi attacks, was the first liaison between the United States and the rebels. The task before the American intelligence community at that time was securing arms in the country, most notably shoulder-fired missiles, taken from the Libyan military.

Eastern Libya and Benghazi were the primary focal points of intelligence-gathering in the country. But there was something else at work here: The CIA was using the country as a base to funnel weapons to anti-Assad forces in Syria, as well as their alleged diplomatic mission.

Early Rumblings of Disorder in Benghazi

Trouble started in April 2012. This was when two former security guards of the consulate threw an IED over the fence. No casualties were reported, but another bomb was thrown at a convoy just four days later. Soon after, in May, the office of the International Red Cross in Benghazi was attacked and the local al-Qaeda affiliate claimed responsibility. On August 6, the Red Cross suspended operations in Libya.
This was all part of a troubling escalation of violence in the region. The British Ambassador Dominic Asquith was the victim of an assassination attempt on June 10, 2012. As a result of this and of rocket attacks on convoys, the British withdrew their entire consular staff from Libya in late June of that year.
Continue reading→