To make electric cars more “competitive” in the marketplace, the government will just petroleum powered cars prohibitively expensive. From Eric Peters at ericpetersautos.com:

The song described a future time in which all cars were outlawed. Newsome just outlawed the sale of cars that aren’t electric by 2035, which is much closer to now than ’81 is the rearview.

And which amounts to the same thing. 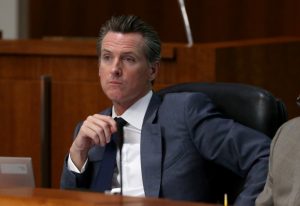 Newsome didn’t decree that people in California who do not buy electric cars will be forced to turn in their non-electric ones after 2035.

They probably won’t be forced to turn them in.

It’s much easier to tax them in.

As in China – the model for what the United States is becoming, courtesy of the China Virus, as the Orange Man styles it (while not doing enough to treat it – as by ending the Face Diaper Farce, by taking off the Face Diaper, especially around corpses secured inside coffins).

In China, you don’t have to buy an electric car. But you do have to buy a $14,000 license plate if you want to legally drive a non-electric car. This sum approximates the price difference between a low-end EV and low-end IC. 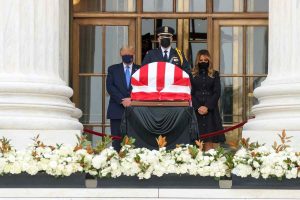 In the U.S., the analog would be the difference between the 2020 Nissan Leaf EV (appx. $30k) vs. the 2020 Nissan Versa IC (appx. $15k). A $14k license plate tax applied t the Versa would makes it equivalently expensive. And thus make the Leaf “competitive” – in the manner of breaking a marathon runner’s legs so that a paraplegic can be competitive with him in a foot race.

Imagine having to cough up $14k – or even $4k – to register your ten-year-old non-electric car that’s only worth $10k (or $4k). And worth even less, actually, because who will want to buy your used IC car knowing they’ll have to spend an additional 50 percent or even more to get a license plate for it?

This entry was posted in Business, Government, Taxes and tagged electric cars. Bookmark the permalink.