71 million Americans ought to be able to find their own alternatives to the social media giants. From Tyler Durden at zerohedge.com:

Lately, Republican social media users, who have been censored or de-platformed, have embarked on a great migration to a new platform, that is, Parler, bills itself as a Twitter rival with “an unbiased social media focused on real user experiences and engagement.” 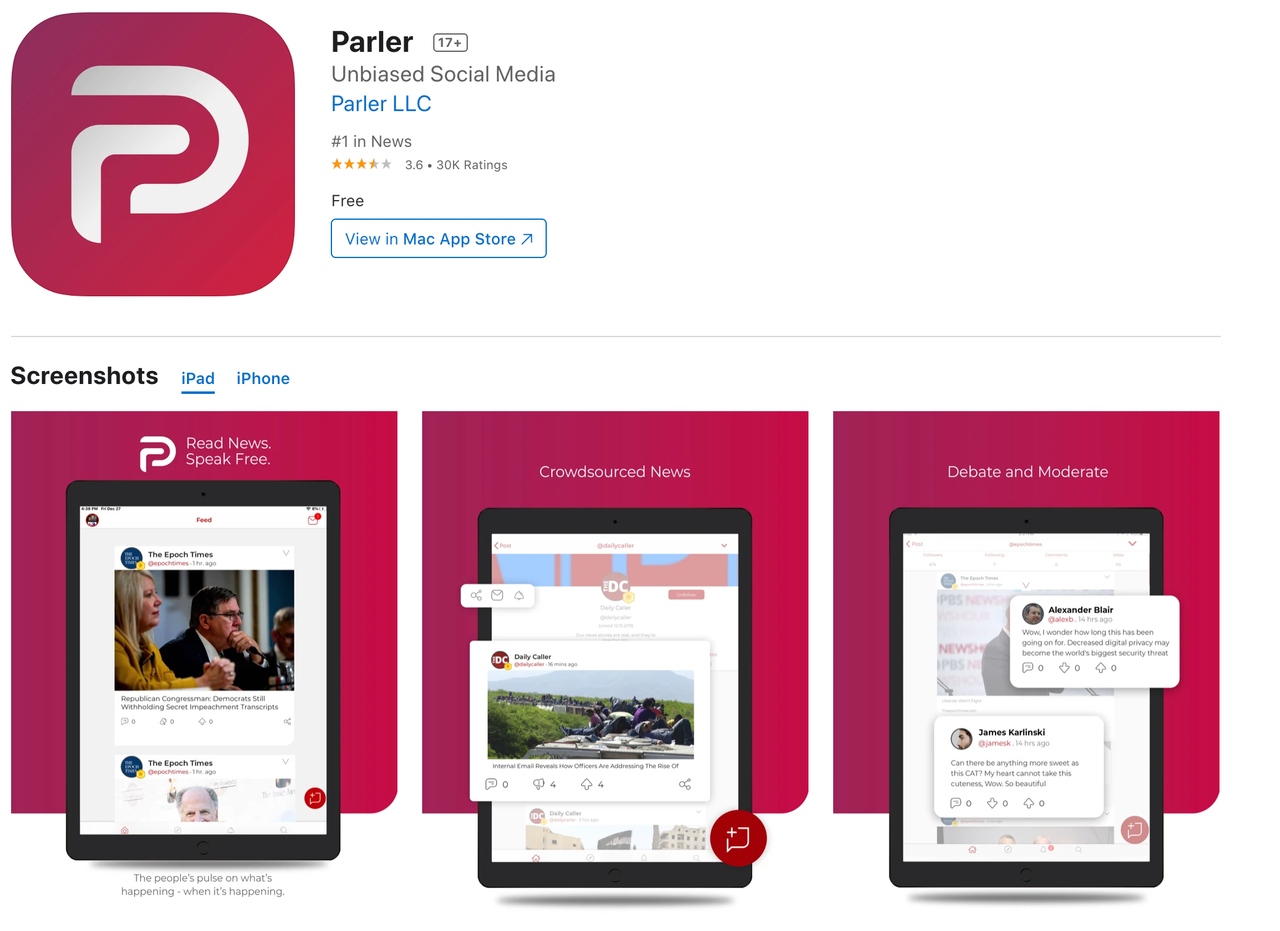 According to radio host Dan Bongino, who has an “ownership stake” in Parler  – the platform has “exploded” with new users:

“We’re adding thousands of users per minute, and we’re working out the glitches as a result.”