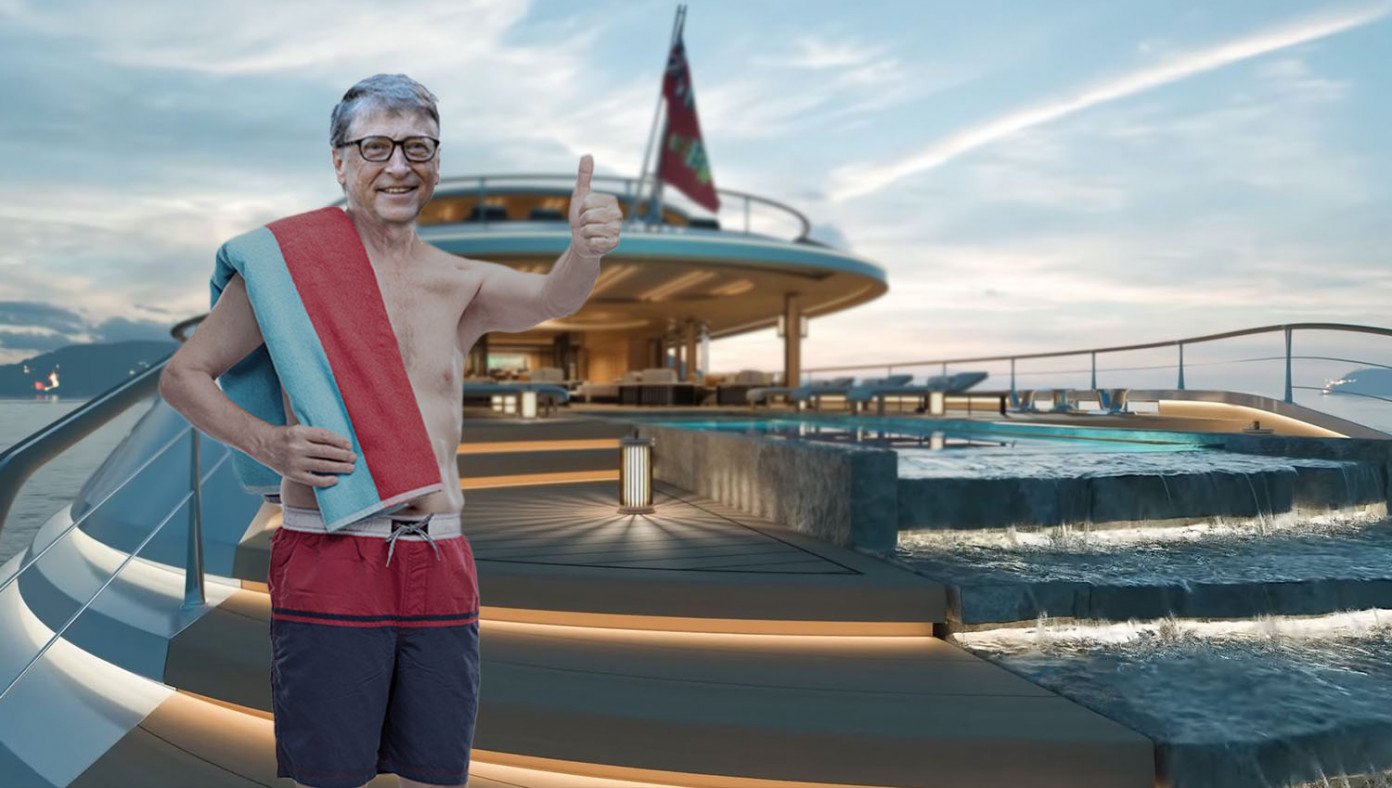 PORTLAND, OR—Bill Gates, one of the wealthiest men alive, is passionate about fighting climate change. In a recent interview, he warned everyone of the sacrifices we will have to make to avoid a climate disaster. This statement was broadcasted live from his 367 foot long, 650 million dollar superyacht, the Aqua.

“It won’t be easy. There are a great many obstacles we must overcome if we are to survive climate change,” said Bill Gates. “But this may mean giving up some of the luxuries we love the most. We will all have to substantially reduce our travel, fuel expenditures, and switch entirely to synthetic meats. Only then do we stand a chance.”

Mr. Gates stressed how we will all have to put all of our resources together if we really want to make a difference. “I wanted a 500ft, 1 billion-dollar mega yacht, but I settled for this clunker just to show how committed I am to the cause,” said Mr. Gates as he left his onboard 5-star spa. “If we go just 15 years without cars, burning fossil fuels, and we all eat bugs we can reverse the damage to our planet.”

Bill Gates was excited to announce the first of its kind hydrogen-powered engine onboard the Aqua. “There’s truly nothing like it. But I just don’t get why everyone else on the planet can’t switch to a state-of-the-art, prototype fuel source like me!”

Mr. Gates wanted to say more, but he was informed his prime rib had just come off the charcoal grill. When we met up with him on the 7th floor he was already eating something suspiciously not synthetic looking. “You’ll get used to the taste!” he said. “I know for me I almost think it’s the real thing!”

Once again, our interview with Bill Gates was cut short as we heard a helicopter landing on one of the yacht’s upper decks. “Oh! That must be John Kerry!” said Mr. Gates. “He’s here to talk about making the burning of fossil fuels punishable by death!”

This entry was posted in Energy, Environment, Humor and tagged Bill Gates hypocrisy. Bookmark the permalink.