Global supply chains are in havoc and its having an impact on trade finance, which is a weak link in the world financial system. It may be the first domino to fall. From Tyler Durden at zerohedge.com:

As the dominoes continue to fall in the Greensill Capital debacle, increased scrutiny on the overall trade finance business is starting to spark investor anxiety.

While not directly linked to Greensill’s collapse, Mauritius-based Barak Fund Management has announced that is preparing to restructure its $1 billion money-pool of highly illiquid assets. 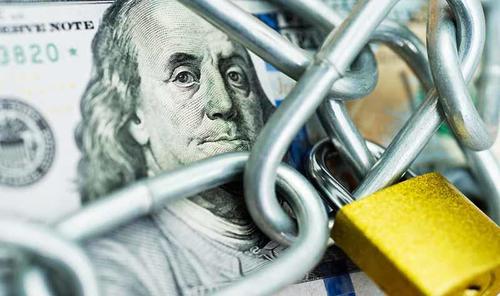 Bloomberg reports that the fund is seeking investor approval to move ahead with a plan that involves spinning off illiquid holdings into separate vehicles for clients who want to hold on to their assets. The move follows the fund’s decision a year ago to freeze its money pool as some investments became trapped in a series of hard-to-sell assets across the continent of Africa.

Specifically, the firm “has not seen any significant improvement in the liquidity position of the funds and as such has had to proactively manage the risk components linked to the mismatch between the liquidity of the underlying assets and the liquidity offered to investors,” Barak told clients in the proposal document.

The fund’s current exposure is spread over 97 borrowers in transactions including working-capital financing, according to the restructuring document. As much as 54% of its assets are deemed illiquid, with the heaviest concentration in sectors such as coal mining, consumer goods and fertilizer production in countries from South Africa to Kenya and Congo, the document shows.

Clients opting for liquidation will get their cash back when the firm is able to sell holdings. Those remaining invested will get allocations in a relatively liquid part of the fund, which will continue to put money into the private debt market, and a “side-pocket” created to park illiquid holdings.

“We understand the path to recovery will be challenging,” Barak said in the client document.

The big question hanging over all of this is – just how systemic is this illiquid trade finance market? Given The ECB’s probing of exposures, perhaps Ben Hunt’s recent concerns are less hyperbole than some suggested.