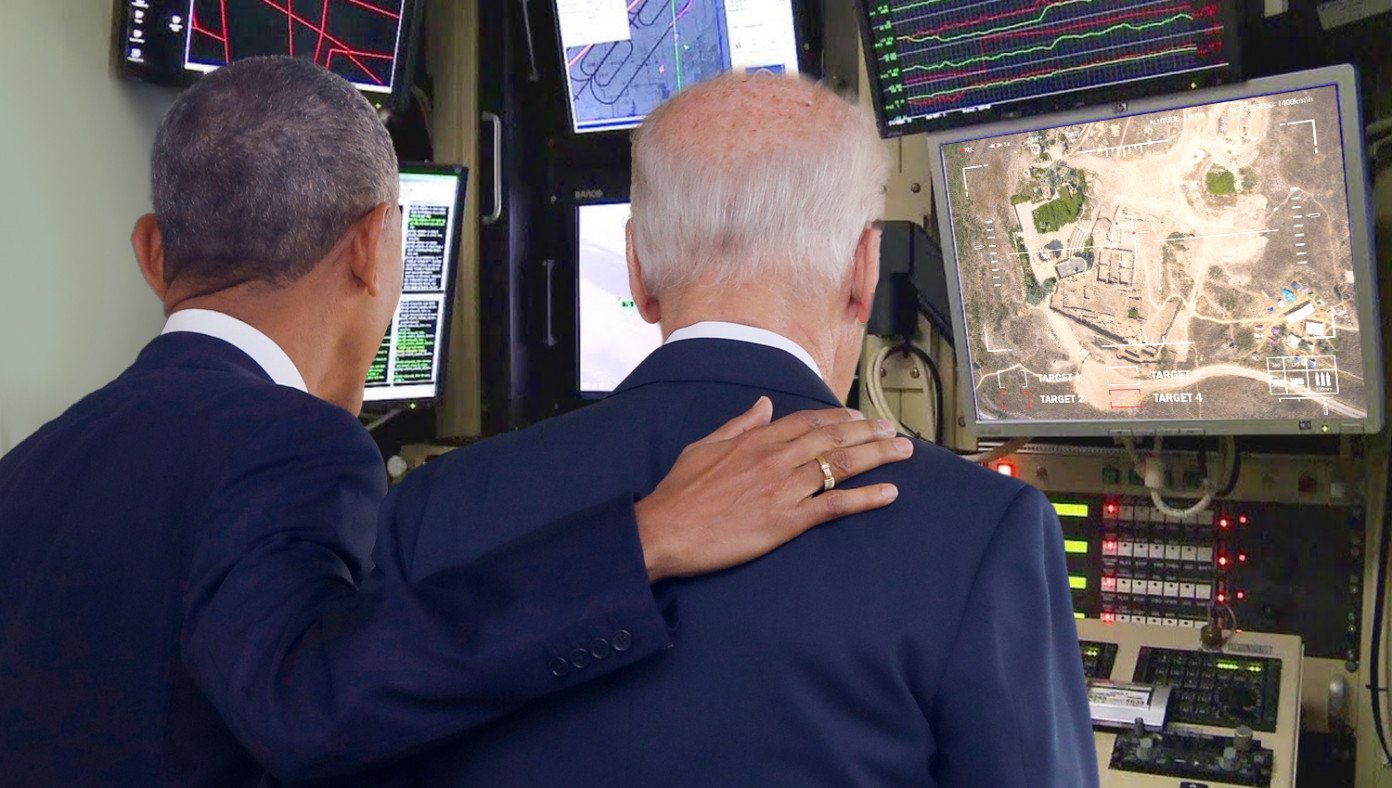 WASHINGTON, D.C.—The dynamic duo is at it again!

Former President Barack Obama visited his old buddy Joe Biden at the White House today for the first time. The two threw back a few beers in the Oval Office, reminiscing on the good old days when they opposed gay marriage, put kids in cages, and bombed the Middle East relentlessly.

“Come here, Barry — I have a special treat for you,” Biden said as he brought him into the drone control room he had built next to the Oval Office for easy access. “Close your eyes… wait… wait… now, open them!”

“Oh, Joe — you shouldn’t have!” Obama said, tearing up at the touching gesture as he beheld the Predator drone controls. “Man, it feels like just yesterday it was me and you against the world, old pal. Well, me and you against all the brown people, anyway.”

“Go ahead – give it a whirl!” Biden said. “What’ll it be? An American citizen? A hospital?”

“You know, I’m gonna go old school and hit a wedding,” Obama said, settling behind the controls. He expertly navigated the drone and killed dozens of Middle Easterners with the push of a button. “Love you, buddy,” Obama said as the two hugged goodbye. “Don’t be a stranger!”

Awwww, we love these two! Let the bromance continue!

And we speak for all of us when we say: we really needed this return to normalcy!

This entry was posted in Humor, War and tagged Barack Obama, Joe Biden. Bookmark the permalink.