Doug Casey on How COVID Lockdowns Will Become Climate Lockdowns

Now that they know they can lock us down and very few will protest, we can expect to be locked down again and again. From Doug Casey at internationalman.com: 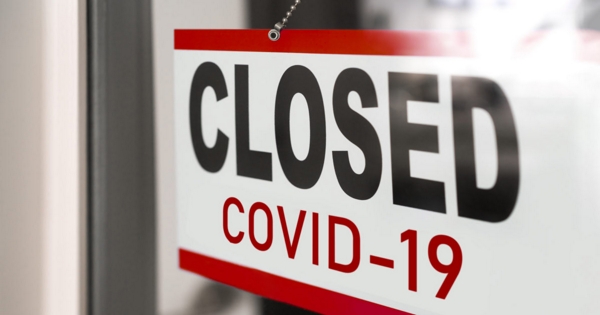 International Man: It’s been over a year since the COVID lockdowns started, and they have established a terrible precedent.

The International Energy Agency (IEA) has issued what they call a “dire warning.” They say there will be a 5% increase in carbon emissions as global economies reopen after the COVID shutdowns this year and that it will be “anything but sustainable” for the environment. This implies that the shutdowns have been good for the environment and that returning to normal is bad.

There has also been a flood of articles in the mainstream media advocating for the use of lockdowns to address so-called climate change.

Do you think that the COVID lockdowns could become climate change lockdowns?

Doug Casey: Without exception, almost everything they say in the above article is either an overt and intentional lie or just factually incorrect. Things that are controversial at best are presented as incontrovertible facts.

Let me first reiterate a few facts about COVID.

It’s hard to be sure because everything about it has become highly politicized, but COVID itself seems no more serious than the Asian Flu, Hong Kong Flu, Bird Flu, or Swine Flu that have come and gone in recent decades and is not even remotely comparable to the Spanish Flu of 1918.

The numbers show that COVID is a risk for people over 70, the obese, and the sick—but a medical non-problem for everyone else. That’s why the average age of decedents is 80, even though it appears that everyone who dies with the virus in their system is reported as a statistic—even if they die of an auto accident or a heart attack. People with zero symptoms are, nonetheless, listed as “cases” if they fail the overly sensitive and very expensive PCR test.

We might ask: “What’s behind this insane flu hysteria—which is radically restructuring the world’s political and economic landscapes? And why now?” It seems very oddly coincidental with a few other phenomena.

One is that the world is on the cusp of a fantastically devastating depression due to the insane creation of currency units all over the world by central banks. Is the phony COVID hysteria—and, yes, I believe it’s 80% phony—being used as an excuse for the coming collapse, a way to recuse those responsible for the insane economic policies causing the depression? In other words, is the COVID hysteria an artificially constructed force majeure used to distract from the real cause of the Greater Depression?