US Core Consumer Prices Explode Higher At Fastest Pace Since 1981, by Tyler Durden

Inflation is in the ascendancy, thanks to nonstop debt monetization since the end of 2019. From Tyler Durden at zerohedge.com:

After March’s blowout 0.6% MoM surge in headline CPI, analysts expected a modest slowdown MoM, but surge YoY due to the base-effect comps from April 2020’s collapse. However, it appears analyst massively underestimated as headline CPI surged 0.8% MoM (4 times the +0.2% expected) and exploded 4.2% YoY. That is the biggest YoY jump since Sept 2008 (and biggest MoM jump since June 2008) 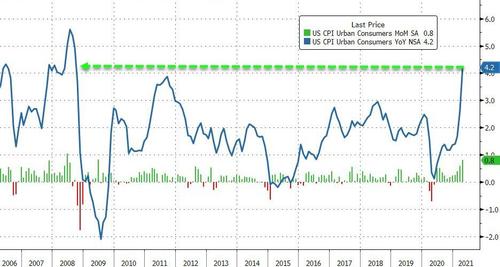 Core CPI was expected to rise by the most this millennia, but it was hotter than that. The index for all items less food and energy rose 3.0% over the past 12 months; this was its largest 12-month increase since January 1996… and the MoM jump of 0.92% is the biggest since 1981 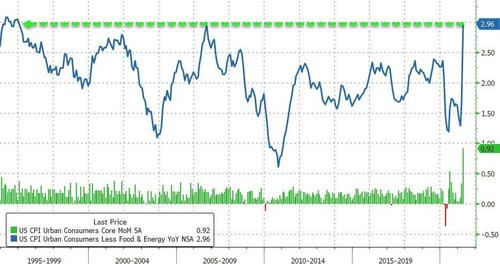