There Will Never Be A “Woke” US Military – Here Are The Reasons Why, by Brandon Smith

There is an irreconcilable clash of values between most of the military and “woke” culture. From Brandon Smith at alt-market.com: 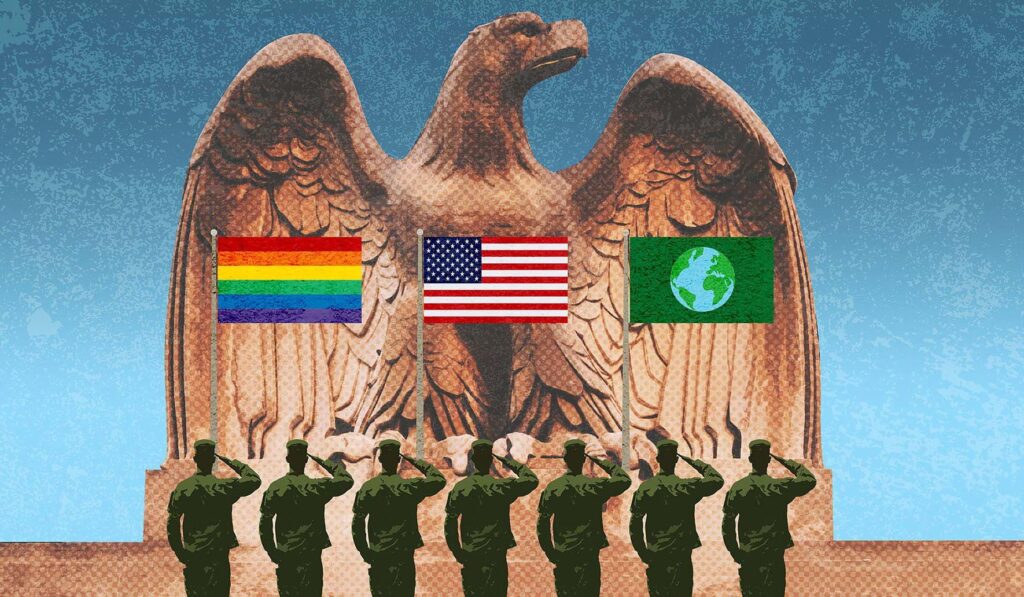 The social justice cult never sleeps, they are forever “woke”, and they want to own the US military. They want it so bad they are frothing at the mouth over it. Whether or not they actually get what they want is another matter entirely. The induction of Joe Biden into the White House has opened the door to a new propaganda narrative, and it goes a little something like this:

“The military is rife with ‘white supremacists’ and extremists, and it needs to be purged to make way for more diversity…”

One of Biden’s first actions upon entering the Oval Office was to use Defense Secretary Lloyd Austin as a foil to preach the critical race theory gospel and attack the current military framework as “racist”. Austin is black and he was a four-star general in the Army, so clearly there is not much racism holding minorities back in the armed forces. But ultimately this situation is not really about racism…

The language of leftists and globalists can be rather confusing because they never mean exactly what they say. The word “diversity” generally means “more leftists/Marxists”, not more brown people. Leftists are incredibly racist towards any minority person that argues from a conservative or moderate position. The phrase “white supremacist” is usually a hatchet reference to all conservatives. So, to translate their woke gibberish, the goal of the Pentagon under Biden will be to divest the ranks of the military of conservatives and replace them with more regime friendly leftists.

The goal of propaganda is often to create false word associations in the minds of the masses. The mainstream media constantly mentions “white supremacists”, “neo-nazis” and “extremists” within the same articles they mention “conservatives”. Though there is no evidence whatsoever to link the majority of conservatives with race identity groups, the hope within the establishment is that the conservative base in the US can be dismantled through guilt by manufactured association.

This entry was posted in Government, Military, Politics and tagged "Woke" military. Bookmark the permalink.

3 responses to “There Will Never Be A “Woke” US Military – Here Are The Reasons Why, by Brandon Smith”