David Rosenberg: “A Whole Bunch Of People Are Really, Really Wrong” About Inflation, by Tyler Durden

The consensus is for further increases in inflation, and SLL is part of that consensus. However, SLL is always interested in views that challenge the consensus. From Tyler Durden at zerohedge.com:

With so much focus on the macro environment as stocks struggle to return to their all-time highs, MacroVoices invited seasoned Wall Street economist David Rosenberg, the chief economist and chief strategist of Rosenberg Research, on the show this week to discus the market’s topic du jour: inflation, and whether or not it will be “transitory,” like the Federal Reserve says.

What followed was a thorough critique from Rosenberg, who just a couple of months ago was warning that rising Treasury yields would soon push the market to a “breaking point,” of what he sees as flaws in the market’s pricing of lasting inflationary pressures. 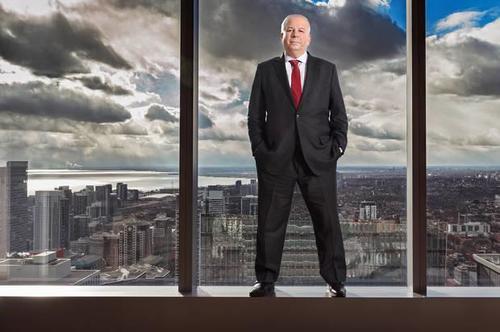 Instead, Rosenberg essentially agrees with Fed Chairman Jerome Powell that the recent acceleration in inflation seen in April will be temporary.

What’s going on isn’t a fundamental “regime shift”, but rather a “pendulum” swinging back to the opposite extreme following the sudden deflationary demand shock caused by the pandemic. We had three consecutive months of negative CPI prints last year, Rosenberg pointed out. To offset all that, April saw the biggest MoM jump in consumer prices since 1981. 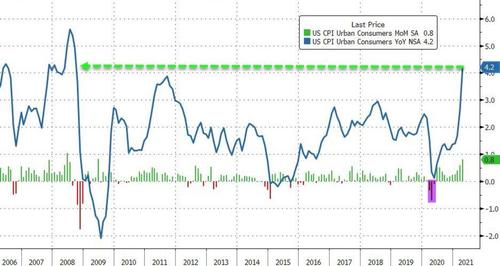 This entry was posted in Banking, Business, Economics, Economy, Money and tagged Inflation. Bookmark the permalink.