China is instituting a digital yuan because it wants to spy on the people who use it. From Milton Ezrati at The Epoch Times via zerohedge.com:

Ever since China launched its digital yuan in 2019, western commentary has reacted to the initiative with waves of nonsense. Many of these articles suggest that the People’s Bank of China (PBOC) has stolen a march on the West. Many claim that China’s digital effort will secure the yuan global status and enable it to supplant the dollar as the world’s premier currency for international reserves and transactions. 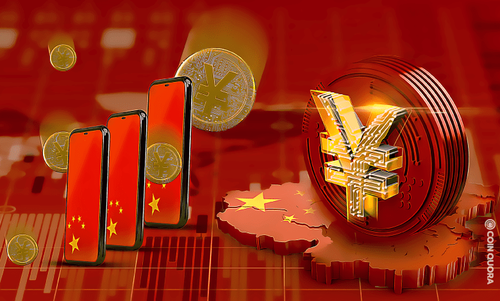 The venerable Economist magazine forecast that soon everyone everywhere will be using the digital yuan. The most recent wave of such commentary emerged after the Federal Reserve (Fed) and other central banks announced that they, too, are looking into digital versions of their own respective currencies. Media attention has suggested that the Fed and others are playing catch up.

These claims are overblown to say the least, entirely misplaced, in fact. A digital yuan hardly constitutes a basis for a global currency. Many countries, including the United States, have laws against transacting domestic business in any currency other than their own. Besides, a digital yuan could add only marginally to existing digital arrangements in which credit and debit cards, Apple watches, PayPal, easy wire transfers, and the like have long-provided efficient and convenient ways to manage both international and domestic transactions. All the digital yuan would do is add a new layer to this fully functioning system. That addition hardly constitutes a revolution, any more than if American Express were to issue a new kind of card. Nor will a digital version of the yuan overcome all the many impediments in the way of its ability to become the premier global reserve currency.

One response to “With China’s Digital Yuan, Think Surveillance, by Milton Ezrati”