Nobody should be surprised at the push-back that’s increasingly surfacing against Covid-19 totalitarianism, and nobody she be surprised if some of it’s violent. From Eric Peters at ericpetersautos.com: 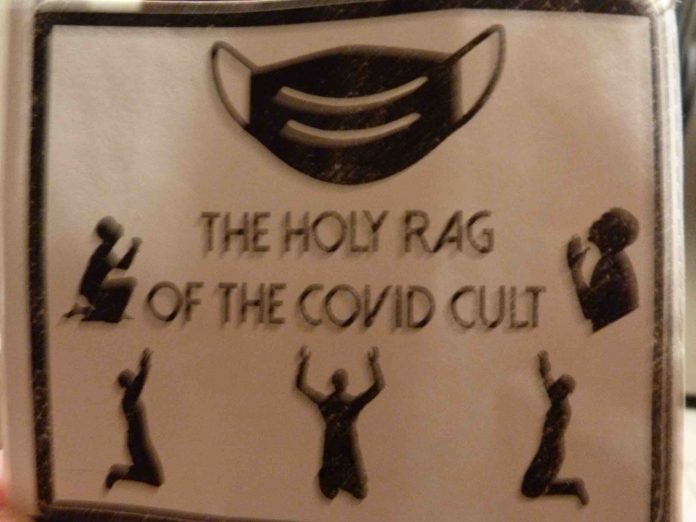 The other day, a Diaper-pusher was shot to death at a supermarket in Decatur, Georgia. According to news coverage, a man attempted to show his face and was accosted by a store clerk, who insisted he efface his face – or leave.

He left. And then returned. Without a Face Diaper – but with a gun. Which he proceeded to use to shoot the Diaper-pusher. A gun battle ensued with armed government workers, who responded to the fatal shooting.

It is surprising there haven’t been more such shootings. It is very likely there will be more of them.

This is not to justify them. Rather, it is an attempt to understand them – and perhaps, avoid more of them.

Most people understand that if you bully someone just a touch too much, there is a good chance the bullied person will eventually – even inevitably – explode. In the ’90s, the expression was, “he went Postal” – a reference to a spate of shootings involving Postal workers who’d apparently been pushed beyond endurance and went . . . Postal.

It seems the man in Georgia went Postal.