If You Live In Taiwan, It’s Time To Worry, by Stephen Bryen

There have got to be a lot of countries worried right now about what a US defense commitment is worth, but Taiwan is probably the most worried. From Stephen Bryen at The Epoch Times via zerohedge.com:

Taiwan needs to worry about American reliability. Unlike Afghanistan, where the United States had committed its forces for two decades, Taiwan has no U.S. forces and no assurance that the United States will come to their defense if attacked by China. 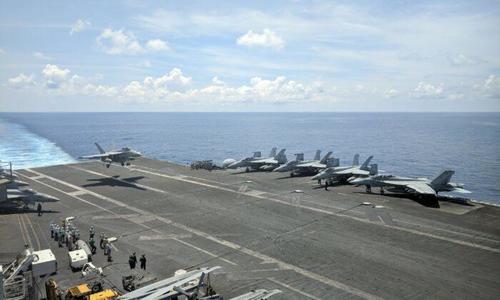 The United States has a bad habit of walking out on its allies and friends. The list is long. It includes Vietnam and Cambodia, Iraq and Afghanistan, and Iran. In all of those cases, one way or another, the United States, for its own reasons, took a hike.

Obama pulled U.S. troops from Iraq, opening the door to Iran. While the United States has a few thousand soldiers still in Iraq in training and advisory capacities, they’re under siege and it’s unlikely the United States will protect them.

In fact, President Joe Biden has said the United States will end combat missions in Iraq by the end of 2021. Unless U.S. troops are pulled out in the middle of the night, as they were in Afghanistan, they’ll quite possibly have to shoot themselves out while exiting.

Carter let Iran collapse into chaos and refused to support the Shah. Prior to that time, the United States had massively supplied Iran with weapons and military advisors. But when the Shah asked for help, he got none. The collapse of the Shah’s regime, without U.S. backing, was a foregone conclusion.

Nixon let Vietnam and Cambodia go down the drain, trying to cover their tracks with the so-called Paris Peace Accords that required U.S. troops’ withdrawal from Vietnam, a key demand of North Vietnam. South Vietnam hung on for a while, but without U.S. airpower and support, they couldn’t win against a North Vietnamese army supported by Russia and China.