Chicago Judge Strips Mother Of Parental Rights For Being Unvaccinated, by Tyler Durden

So now they can take your kid away if you don’t get vaccinated. From Tyler Durden at zerohedge.com:

A few weeks ago, we shared the story of a 21-year-old man from Ohio who, after being arrested for fentanyl possession, was legally required by the judge overseeing his case to get vaccinated as a condition of his probation. 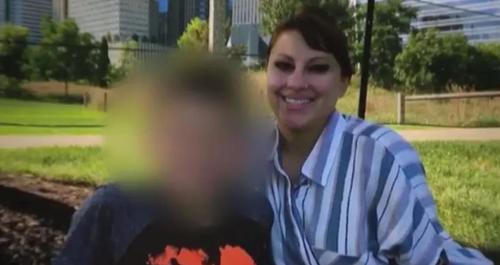 Now, in a terrifying glimpse of what might be in store for parents who refuse to vaccinate their kids, a judge in Cook County Illinois (which includes Chicago and some of the surrounding area) has taken away the parental rights of a woman due to her refusal to get vaccinated.

In what all parties agree is a very unusual and perhaps unprecedented step, a judge at Chicago’s Daley Center has stripped Rebecca Firlit of custody due to her refusal to get vaccinated.

“I miss my son more than anything. It’s been very difficult. I haven’t seen him since Aug. 10,” Firlit told a local Fox affiliate station in an interview.

That’s the day Firlit appeared in court via Zoom, accompanied by her ex-husband, for a child support hearing involving her 11-year-old son. The two have been divorced for seven years and share custody and parenting time. Out of the blue, Cook County Judge James Shapiro asked her whether she had been vaccinated. Firlit told Shapiro she didn’t get vaccinated because she has had bad reactions to vaccines in the past.

Shapiro then ordered that Firlit be prevented from spending parenting time with her son until she gets vaccinated. Over the past two weeks, Firlit has been able to talk to her son on the phone and through video calls, but has been unable to see him in person.

Firlit is now appealing the court order, saying the judge has no authority to take away her parenting rights over her vaccination status.

One response to “Chicago Judge Strips Mother Of Parental Rights For Being Unvaccinated, by Tyler Durden”