“Capitalism Has Failed”, by Jeff Thomas

Virtually all of capitalism’s critics have never lived under a capitalistic system. From Jeff Thomas at internationalman.com: 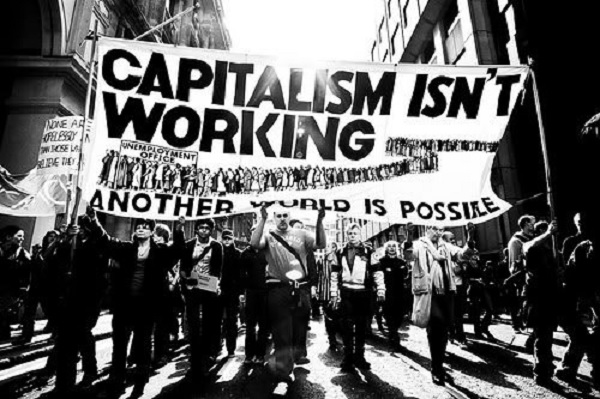 Today, more than at any time previously, Westerners are justifying a move toward collectivist thinking with the phrase, “Capitalism has failed.”

In response to this, conservative thinkers offer a knee-jerk reaction that collectivism has also had a dismal record of performance. Neither group tends to gain any ground with the other group, but over time, the West is moving inexorably in the collectivist direction.

As I see it, liberals are putting forward what appears on the surface to be a legitimate criticism, and conservatives are countering it with the apology that, yes, capitalism is failing, but collectivism is worse.

Unfortunately, what we’re seeing here is not classical logic, as Aristotle would have endorsed, but emotionalism that ignores the principles of logic.

If we’re to follow the rules of logical discussion, we begin with the statement that capitalism has failed and, instead of treating it as a given, we examine whether the statement is correct. Only if it proves correct can we build further suppositions upon it.

Most people seem initially confused by this question, as they’re residents of either a European country or a North American country and operate under the assumption that the system in which they live is a capitalist one.

4 responses to ““Capitalism Has Failed”, by Jeff Thomas”