A War Only America & Britain Seem to Want, by Joe Lauria

What does everybody else know that the U.S. and Great Britain don’t? From Joe Lauria at consortiumnews.com:

Disagreement between the U.S. and Ukrainian presidents and cautiousness by Germany and France, seems to indicate only the U.S. and U.K. are keen for war with Russia, reports Joe Lauria. 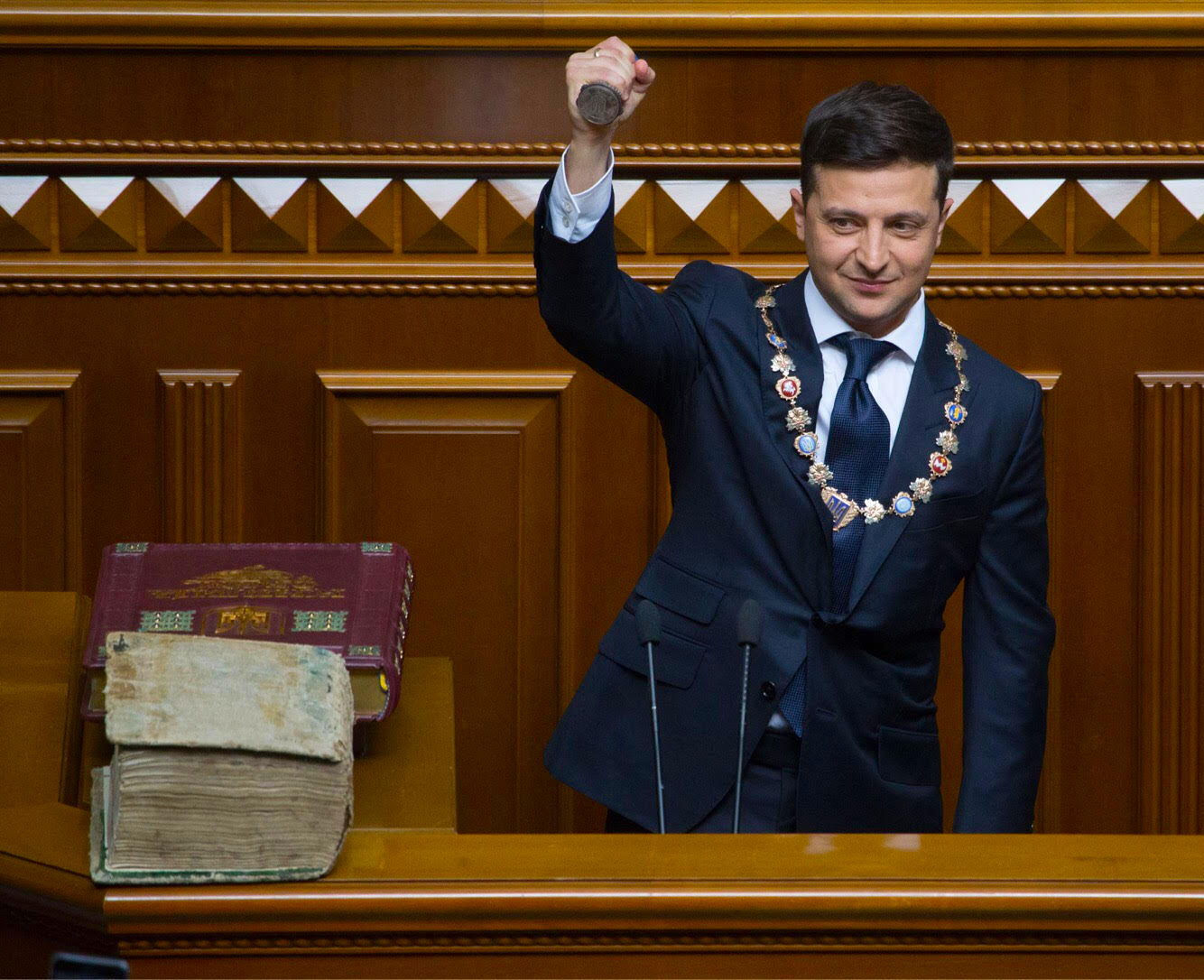 Zelensky at his 2019 inauguration. (Mykhaylo Markiv /Presidential Administration of Ukraine)

The telephone call between U.S. President Joe Biden and Ukrainian President Volodymyr Zelenensky on Thursday was said to have not “gone well,” according to a senior Ukrainian official.

The official said Zelensky urged Biden to “calm down the messaging” on the situation in Ukraine and that Ukrainian intelligence did not see a Russian threat the same way the U.S. did, according to a report on CNN.  It is  “dangerous but ambiguous,” the official quoted Zelensky as telling Biden, and that “it is not certain that an attack will take place.”

At a news conference on Friday, Zelensky said: “They keep supporting this theme, this topic.And they make it as acute and burning as possible. In my opinion, this is a mistake.” He added: “If you look only at the satellites you will see the increase in troops and you can’t assess whether this is just a threat of attack or just a simple rotation.”

Zelensky also spoke about the resumption of diplomatic talks in Paris in the Normandy Format with Germany and France in which the Minsk Accords are to be implemented.  The 2015 accords would end the war between Kiev and two breakaway eastern provinces that opposed the 2014 U.S. backed coup that overthrew a democratically elected president that leaned towards Moscow. The provinces would be given autonomy from Kiev.  Zelensky said he hoped that the ceasefire in the east would hold.

This is almost the exact opposite of what the U.S. and its loyal media are blaring everyday. In the call, Biden raised the temperature, decisively saying that a Russian invasion of Ukraine was coming. “Biden warned his Ukrainian counterpart that a Russian attack may be imminent, saying that an invasion was now virtually certain, once the ground had frozen later in February, according to the official,” the CNN report said.