One thing you can count on with government. If it creates a problem, it’s solution to the problem it created will make the problem even worse. From Tyler Durden at zerohedge.com:

Finally, observers of British politics have something else to talk about besides ‘Partygate’.

In an effort to stave off an epidemic of what one CNBC host called “energy poverty”, Her Majesty’s Government has subsidize the energy costs borne by millions of British households as decades of energy policies that overemphasized reliance on imported natural gas – prices of which have soared over the last year – in favor of dirtier, but abundant, sources like coal have brought the British economy to the brink of an energy crisis. 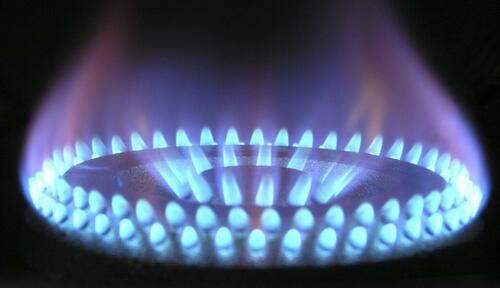 Energy bills are expected to drastically spike in the coming months after Ofgem, Britain’s energy sector regulator, announced on Thursday that it would be raising its price cap on household energy bills by 54% starting April 1, a record-breaking increase instituted to stop power utilities from sinking into bankruptcy in the face of surging LNG prices. That’s on top of a 12% hike approved back in October.

The average household’s annual energy bill is currently between £1,277 ($1,730) and £1,370 in the UK, and the increase could saddle millions of families with enormously increased costs for heating and electricity.

As a result, HMG has decided to issue direct subsidies to the British people to prevent millions from being squeezed as a result of what have now been exposed as unwise energy policy decades in the making that has shifted Britain’s reliance on abundant coal that’s widely available within the UK to imports of the “cleaner” LNG.

Speaking before the House of Commons on Thursday, Chancellor Rishi Sunak proclaimed that “just as the government stood behind the British people through the pandemic…so we will help people deal with one of the biggest costs they now face – energy.”

To accomplish this, the government will step in to subsidize the energy bills to the tune of about £350 for nearly 30MM British households, at a cost quoted by Sunak of roughly £9 billion. That will – according to Sunak – cover roughly half of the expected ~£700 annual increase in heating and energy costs expected to be borne by the average household. More than half of British households are on adjustable-rate energy plans, which make them especially vulnerable to price hikes.