Uh oh. From Sundance at theconservativetreehouse.com:

Joe Rogan has self-flagellated while treading water in a pool of Alinsky piranhas.

Apparently, the Lightbringer for all modern Alinsky tribal followers, Barack Obama, triggered the final thumbs down and threatened the financial mechanism that supported the embattled Mr. Rogan, Spotify Inc. {LINK} 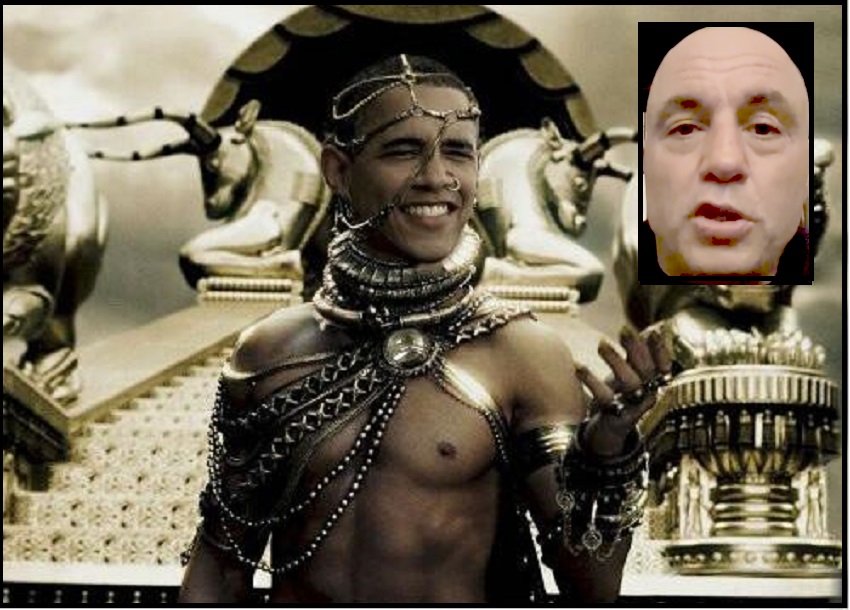 With the twitch of his pinkie ring, Teh One, the bringer of all racial and progressive enlightenment, Barack Obama, forced the ashamed and humiliated Joe Rogan to kneel before the altar of wokeism and apologize for the mortal sin of using the “N” word.

Earlier on Saturday, Mr. Rogan assessed his bank account, glanced at the tin cup and used Woke-Insta to profess his sins and beg forgiveness from the leftist tribe. {View Here}

In an effort to avoid his cancellation, Joe Rogan denounced his skin color, renounced his former shameful conduct and announced his new enlightenment.  Rogan predictably declared the oft familiar last ditch effort phrase, “this is a teachable moment.”

Quickly, Joe Rogan’s newly subscribed conservative audience was warm to appreciate his humility and offer their forgiveness.  However, that tribe is not the Spotify audience who manage the coliseum of his indentured servitude.  Despite their protestations to the contrary, the progressive and enlightened woke tribe never relent until they have achieved their goal – the removal of all Joe Rogan flesh and death by ten thousand screaming piranha bites.