In Defense of the West: ‘White Supremacy’ and ‘Anti-Asian Attacks’ Debunked, by Ben Bartee

There is a substantial group out there that thinks the most relevant attributes of a person are race and ethnicity, two factors over which no human being has any control. From Ben Bartee at thedailybell.com:

The “white man bad, muh white supremacy” narrative is out of control. It is ultra-simplistic, tribalistic, and panders to the lowest-common-denominator.

MSNBC, Huffington Post et al. would have you believe there’s a racist, misogynistic Klan goon lurking behind every corner, lying in wait under every vehicle, waiting to pounce on his next Person of Color© hate-crime victim. And the “white supremacy” spectre has a special thirst for members of the Asian American and Pacific Islander© (AAPI ©) community.

(Ironically, the acronym alphabet-soup term “AAPI,” the product of diversity-obsessed academics, is itself over-simplistic and prejudicial – some might even say “racist” – as it groups together heterogeneous ethnic identities as disparate as Mongolians and Guamanian into a single category.)

The “racist-whites-beating-Asians-in-the-street” pandemic narrative is now ubiquitous. It just one in a rolling list of Social Justice© “current things”–essentially the follow-up to Russiagate and the predecessor to the Jan. 6th “insurrection against democracy.”

Without necessarily diving into statistics, the “white supremacy anti-Asian” crisis of the corporate media should arouse the audience’s suspicion. 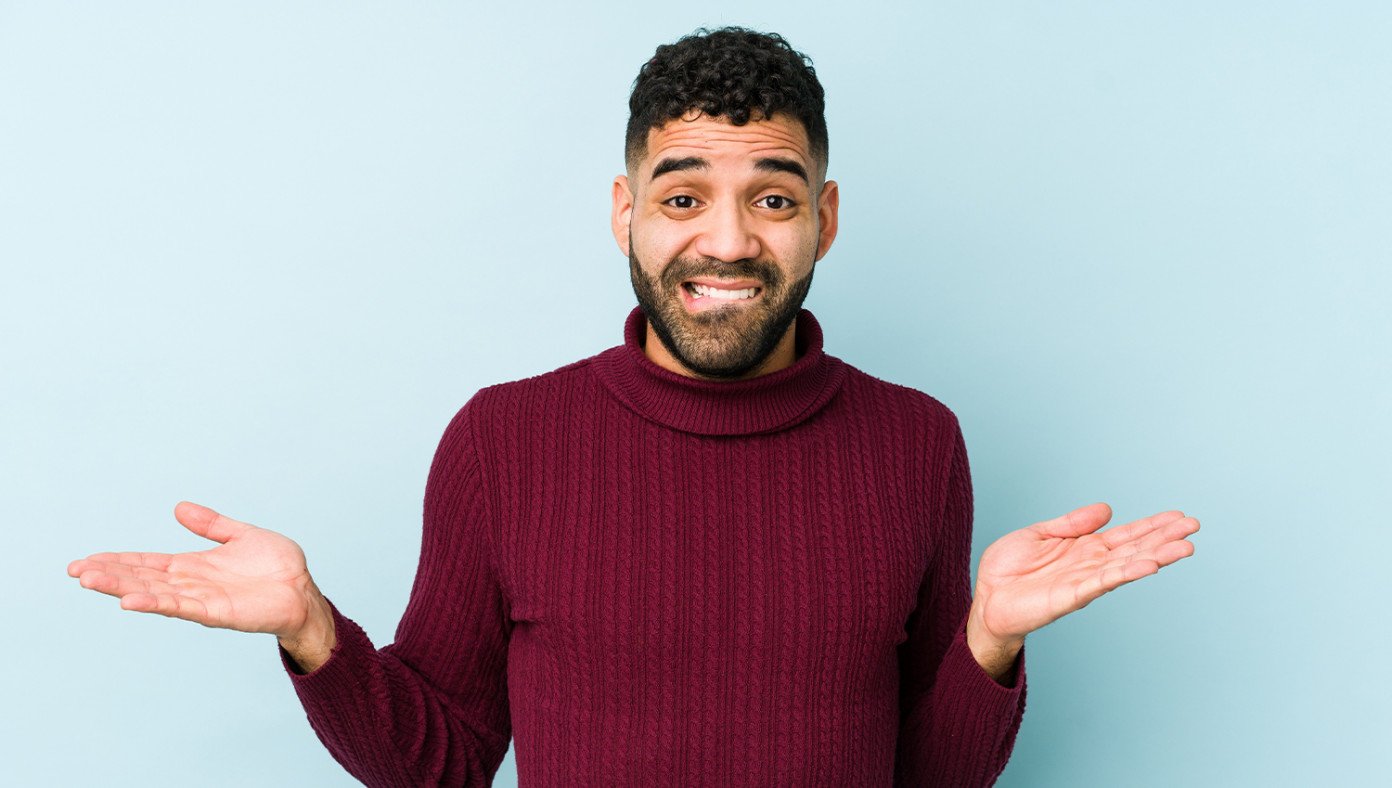 SAN JOSE, CA—Local half-white, half-black man Michael Preston has been ordered to pay himself reparations since half his ancestors were oppressed and half were oppressors.

“Wait — what?” he said after he received a letter from Governor Gavin Newsom’s office informing him he owed himself over $25,000. “Uh… OK? I guess?” He then went down to the bank and ordered a transfer to himself. He was a little short of the total amount so he made it in installments, sending himself several payments totaling the $25,000 amount he owes himself for his ancestors oppressing his other ancestors.

“We’d like to thank Mr. Preston for atoning for the guilt of his ancestors,” said Governor Newsom. “Because of them, he has a unique place of privilege in life and has had a leg up on his fellow citizens, who are oppressed because of things that happened hundreds of years ago. Today, he has made that right. Well, until we ask for more reparations later. Frankly, it’s never going to stop.”

“We’d also like to congratulate Mr. Preston for receiving the reparations long overdue to his ancestors today,” said Governor Newsom. “Because of what happened to them, he is in a unique place of oppression in life and has never been able to get ahead of his fellow citizens, who are far more privileged than him because of things that happened hundreds of years ago. Today, that wrong has been righted. Well, until we send him more reparations later. Frankly, it’s never going to stop.”

Preston has said he’ll pay whatever to himself going forward as long as the state just leaves him alone and lets him live his life.

Doug Casey on the Rapid Cultural Decline and What Comes Next

Western Civilization and the ideas that truly made America exceptional are under full frontal intellectual and political assault. From Doug Casey at internationalman.com:

International Man: Nations in decline often experience cultural degeneracy. We saw that in the Roman Empire and Weimar Germany, for example.

Today, in the US, we see increasing signs of cultural degeneracy in Hollywood, advertisements, academia, science, corporations, politics, and other areas of life.

Doug Casey: There have been a number of major turning points throughout history. Rome in the third century was one of them. It was a period of economic, political, and military chaos, aggravated by the social chaos accompanying the rise of Christianity. These things set the stage for the complete collapse of the old civilization in the West with the barbarian invasions after Adrianople in 378.

The Renaissance changed the nature of life in Western Europe starting in the 15th century, as did the Enlightenment in the 18th century. And, most important, in many ways, the Industrial Revolution overturned the pre-existing economic order starting in the early 19th century.

Whenever the public was in a frenzy about something or other, my friend Herman Kahn (look him up) liked to quip, “There are only two important things that have happened since the dawn of history—and this isn’t one of them.” He was referring to the Agricultural Revolution around 5000 years ago and the Industrial Revolution. It’s good to keep things in perspective…

Here’s a handy compendium of all the lies that government and the WHO told us since Covid started in early 2020. From Robert W. Malone at rwmalonemd:

This is not subtle. Incompetence or Nefarious Evil Intent? Hard to tell the difference.

As the sitting POTUS and his entourage is about to head over to the UN and WHO for a little quality time and a vote on circumventing the constitution, this seems a good time to briefly review the current state of affairs.

Ask yourself, have these people earned our trust? Do they have any right to set and police global health policies? Apparently Joe Biden (or whoever is his current puppet master) and Tony Fauci think so.

If you want to see a place where replacement theory is playing out in real time, check out Europe. From Guilio Meotti at gatestoneinstitute.org:

There’s apparently no question that one Peyton Gendron, 18, went out hunting for black people in Buffalo, NY, carefully documenting his crime every step of the way, from penning a book-length manifesto, to running reconn on the Topps Supermarket scene-of-the-crime, to mounting a GoPro video cam on his forehead to record his wicked act, which resulted in 10 persons shot dead and three more wounded.

Gendron is a gift to the “Joe Biden” regime, which needed evidence for its claim that America is infested with “white supremacists,” who, “the president” has stated repeatedly, add up to the “greatest threat” the country faces. Will the dead of Buffalo serve as this year’s George Floyd, setting up a new summer of riots sanctioned tacitly by the party in charge? Who knows? For sure it will galvanize the likes of Alejandro Mayorkas (Dept. of Homeland Security) and Nina Jankowicz (Disinfo Governance Board chief) in their efforts to cancel anyone right-of-center on the political transect and normalize the suppression of speech.

It’s always easier to fight a war if you believe you’re a full-fledged member of the human race and the other side is not. From Kit Knightly at off-guardian.org:

e don’t talk about racism much at OffG, except in meta-analyses of its political weaponisation.

A lot of the time “racism” is used by the establishment to attack people who pose a threat to the status quo (see: Jeremy Corbyn). Other times it is used to simplify complex political matters into good guys and bad guys.

The marketplace of ideas has become saturated with contorted attempts to turn everything into a simple question of race, to the point it has almost robbed the word “racism” of any meaning at all.

It’s always been pretty clear that beneath this ersatz outrage there lurks – ironically – some of the most ignorant and most unreconstructed racism currently being manifested anywhere.

The indignation, for example, among the woke, that Tolkien’s orcs are ‘obviously’ intended to represent black people (because orcs are stupid and violent), or that this mural must show Jewish bankers (because of the “hooked Jewish noses”) – only shows that the wokest middle class whites have an image of blackness as dumbly bigoted as any white supremacist.

So, it probably shouldn’t shock you – though it will – to realize one very potent reason the war in Ukraine is particularly upsetting is because it’s happening to white people.

Don’t believe me? Then take a look. From page to screen to social media the message has been loud and clear that this war is especially bad because it’s being waged in Europe on a population with “blond hair and blue eyes”:

[Thread] The most racist Ukraine coverage on TV News.

Is the U.S. sliding towards third world status? From Jared Taylor at unz.com:

This video is available on BitChute.

Maybe you have heard of Pro Publica. It is a non-profit news organization. Kind of like American Renaissance – but different. It’s got a $30 million budget, $60 million in assets, and 100 journalists – which makes it as big as a major daily. The two top boys make about $450,000 a year, and six of its editors make between $250 and $300 thousand a year. You can make a tax-deductible contribution if you think they aren’t paid enough. These high rollers are hard, hard lefties, with headlines like “What People Who Live in Mostly White Towns Need to Know About History.”

Reality Always Wins, by The Zman

Reality is always the benchmark for hypotheses and all other assertions. From The Zman at takimag.com:

One of the many excellent uses of reality is that it can be used to test ideological and political theories. No matter how good the idea seems in the lab, the only way to know if it will work is to give it a go in the real world. The best example of this is the seventy-year social experiment called communism. The acolytes of Karl Marx tried to prove that the human condition was nothing more than a social construct.

Granted, reality can be a cruel master. No one really knows how many people Stalin murdered while getting the experiment going. The best guess is tens of millions died under Soviet communism. Then you have the Asian experience. The Black Book of Communism puts the number at 94 million. It is a good reminder that reality can remain stubborn longer than the ideologues can pile corpses.

It looks like the rulers of the Global American Empire are ready to put their favored ideology to the test in the real world. Multiculturalism is pretty much a religion with the ruling classes, despite the fact that most of them live like white nationalists. For them, “diversity is our strength” is not just a marketing slogan. They really think that diversity in all of its forms is the key to creating a global paradise.

The Unicultural Edge, by Steve Sailer

The Chinese look at racial issues much differently than Americans do. From Steve Sailer at takimag.com: 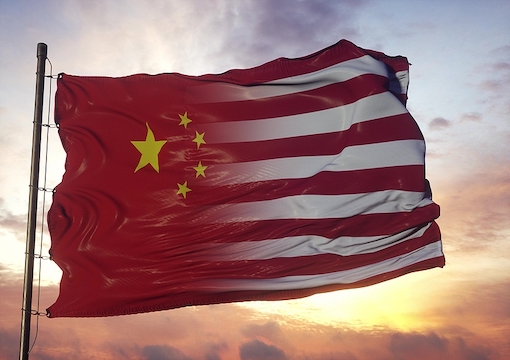 A formerly secret 2013 Pentagon report, The Strategic Consequences of Chinese Racism: A Strategic Asymmetry for the United States, argues “China is a racist superpower.” It makes for eye-opening reading on how both the Chinese people and the American deep state think.

This book-length paper, which was posted online as the result of Freedom of Information Act litigation and then discovered by Twitter user @s_decatur, is by an author whose name remains redacted. But we know for sure that it was commissioned by the legendary nonagenarian strategist Andrew Marshall.

This shadowy mandarin started his career as a machinist in Detroit during WWII, then joined the RAND Corporation in 1949 to do Dr. Strangelove-like nuclear war planning. Henry Kissinger brought him into the Nixon White House and in 1973 Defense Secretary James Schlesinger created the enigmatic Office of Net Assessment for Marshall to think deep thoughts like a terrestrial Hari Seldon about the future of superpower rivalries.

“The great Chinese advantage over both the United States and Russia is that it’s less of an empire and more of a nation-state.”

He served as Director of Net Assessment in a windowless suite of Pentagon offices for 42 years under thirteen secretaries of defense until his retirement in 2015 at age 93, when he was said to be the oldest federal worker ever. A Chinese general considered Marshall perhaps China’s wisest foe and referred to the ancient seer as “Yoda.”

Nobody outside the Pentagon knows all that much about his views—not even secretaries of defense were allowed to keep copies of his highest-level write-ups known as “net assessments.” Only one copy of each was printed and when the cabinet officer finished reading it, Marshall put it back in his safe.