Russia Ukraine 2: the World Order Has Changed, by Patrick Armstrong

The American empire is over. From Patrick Armstrong at unz.com: So far the Russian military operation in Ukraine has been a reconnaissance in force preceded by the destruction of the supplies and headquarters of the Ukrainian Armed Forces by standoff weapons. The object being to suss out where the Ukrainian forces are, to surround them, to check existing Russian intelligence against reality and, at the same time, destroy known headquarters, air and naval assets, supplies and ammunition depots. And, perhaps, there was the hope that the speed and success (Russian/LDPR forces dominated an area of Ukraine about the size of the United Kingdom in the first week) would force an early end (aka recognition of reality).

At the moment they are readying for the next phase. The long column that so obsessed the “experts” on CNN is the preparation for the next phase. And that is this: “You didn’t get the hint, so now we have to hit you”. The fact that the column has been sitting there indicates that the Russians know they have complete air superiority. Secondly it is a message to the Ukrainian armed forces that it’s over, give up. (And one should never forget that the Russians/Soviets have always been the best at strategic deception, so who knows what’s actually there versus what the images show?)

As far as I can see they’ve created three cauldrons (encirclements). Probably the most important one is the one around Mariupol where the main concentration of Azov, the principal nazi force, is. Another is being established around the main concentration of the Ukrainian Armed Forces facing LDPR. And there appears to be another developing to the east of Kiev. A super cauldron of all three is visible. The nazis will be exterminated; the ordinary Ukrainian soldier will be allowed to go home. The nightmare question is how many ordinary Ukrainians will be free to choose. 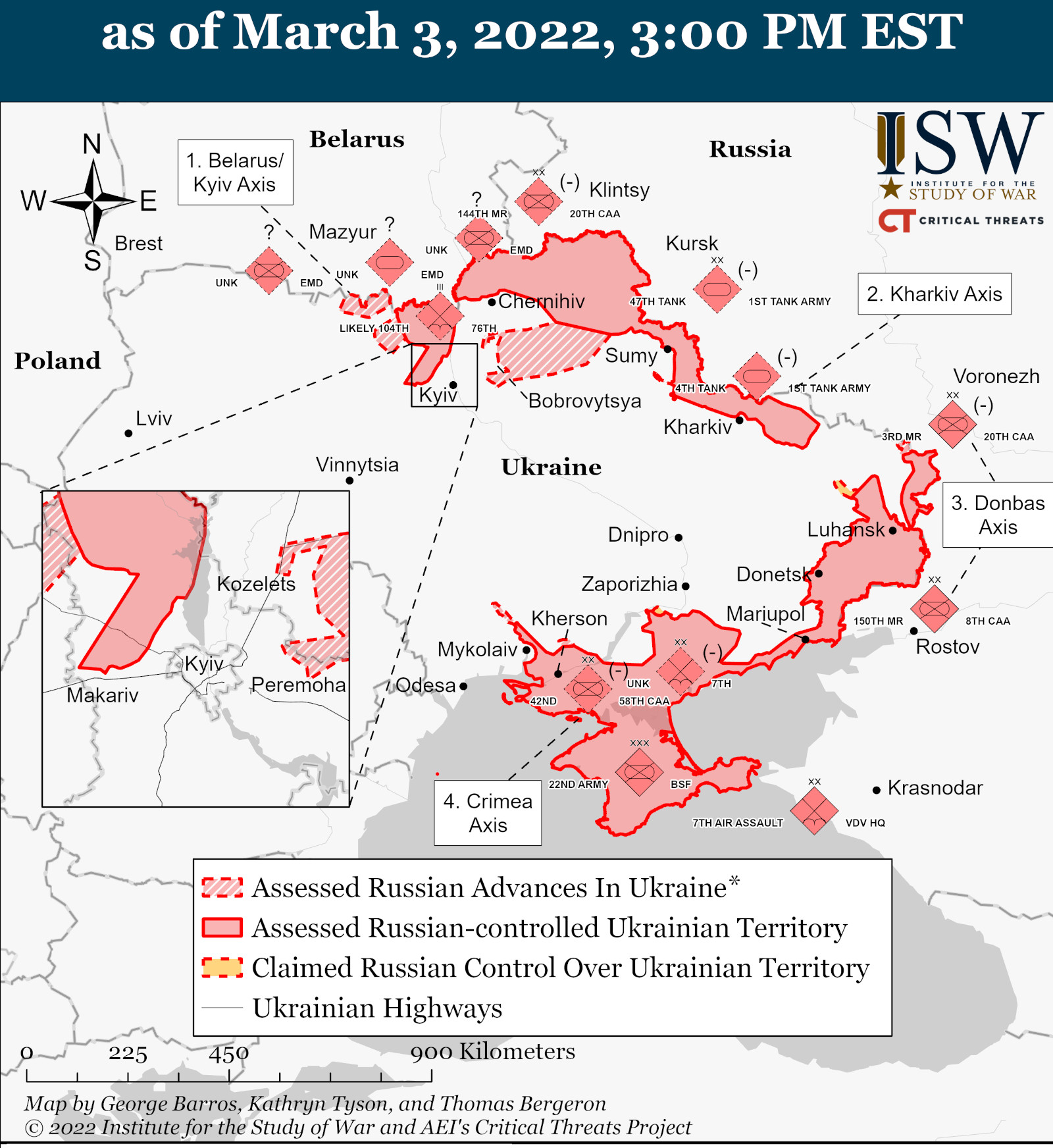