As we found during Covid, no questioning of the official narrative is permitted. From Steve Watson at summit.news:

“It was a rogue question” 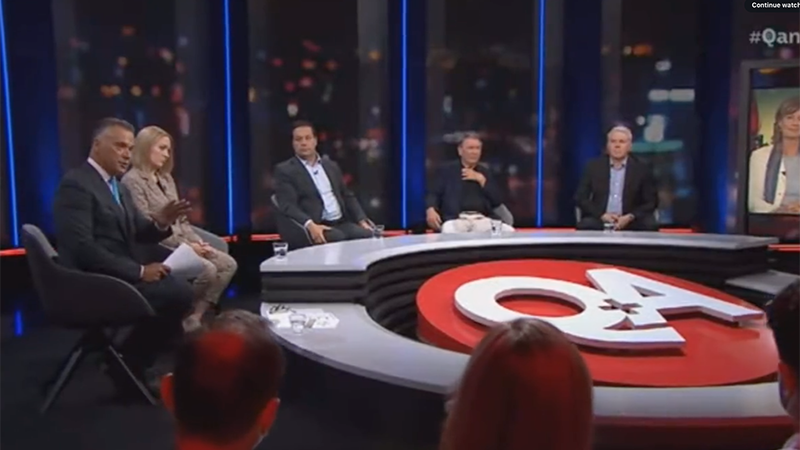 A Russian-Australian man was told to leave a television studio after he asked a ‘rogue’ question and pointed out that there is an alternative narrative to be considered surrounding the conflict in Ukraine.

The audience member Sasha Gillies-Lekakis was speaking on a live Australian debate show when he expressed support for Russia’s actions in Ukraine, angering other audience members and surprising the host of the show, Stan Grant.

“As someone who comes from the Russian community here in Australia, I’ve been pretty outraged by the narrative depicted by our media, with Ukraine as the good guy and Russia as the bad guy,” Gillies-Lekakis said.

“Believe it or not, there are a lot of Russians here and around the world that support what Putin’s doing in Ukraine, myself included,” he added before claiming that Ukraine has previously “besieged” the Russian populations in Donetsk and Luhansk, killing thousands of people.

Other audience members heckled him and yelled ‘propaganda’ and ‘lies’, while the host Grant moved the program on.