Ukraine – Doubling Down, by Moon of Alabama

It’s getting through to U.S. officials that Ukraine is not exactly winning the war, notwithstanding the torrent of propaganda to the contrary. So U.S. officials are doing what they always do: double down. From Moon of Alabama at moonofalabama.org:

The Russian side is making some progress in the war in Ukraine. While the differences on the map look small the repositioning of forces that had threatened Kiev is finished and the Russian military is now seriously degrading and grinding down the Ukrainian forces in Donbas. 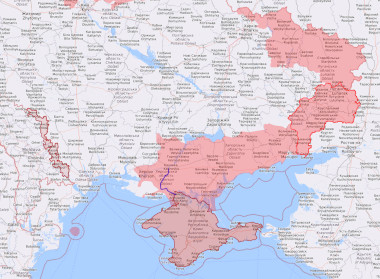 biggerAccording to the daily reports of Russia’s Ministry of Defense the Ukraine is losing several hundred soldiers and some 30 armored vehicles per day, most of them to artillery. A flood of gruel pictures posted on Telegram by both sides confirm this. Several Ukrainian attempts to counterattack Russian forces have failed.