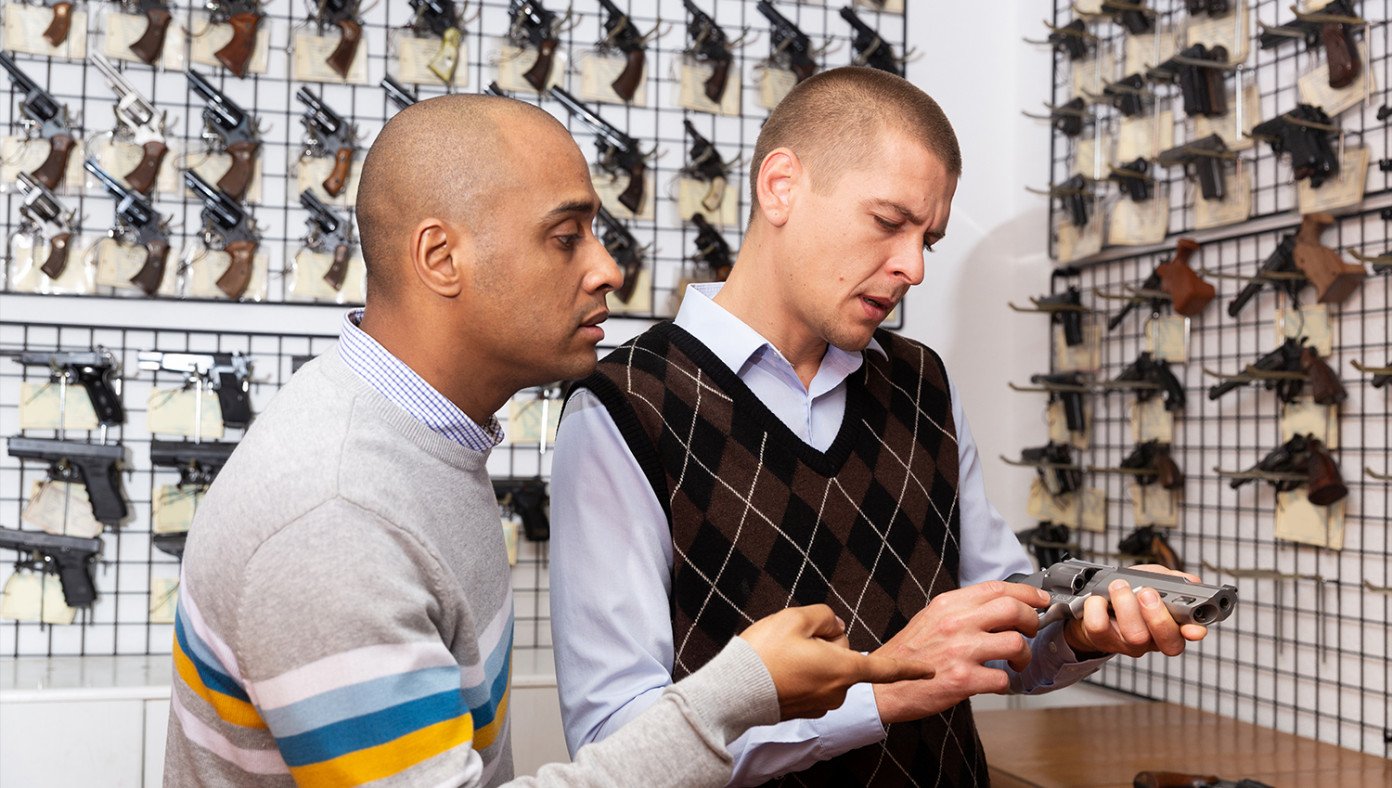 U.S.—Gun stores across America have seen a major increase in interest as customers flock to their stores to find the “totally awesome gun that blows the lungs out of bad guys.” The gun, which doesn’t exist, has inadvertently boosted the sale of 9mm handguns.

“Biden has been great for business,” said Anthony Darabont, manager of Bullets For Hire in Riverside, CA. “I printed out his dumb quote on a poster and hung it around the shop. Now the guns sell themselves!”

Experts suggest the huge increase in gun sales is expected to die down soon after people realize they aren’t able to blow lungs out of anything.

“We did have someone here last week who shot someone in self-defense. The gun probably saved his life but he would not stop complaining that the robber’s lungs weren’t flopping around all over the place like dead fish,” Darabont added. “So I said to her: ‘Lady, you can call the president. Maybe he’ll give you a refund.’ and then I said L-O-L because that’s how I do.”

Left-leaning politicians have sounded the alarm over increased gun interest among the citizenry. “Guns are very dangerous!” screeched Elizabeth Warren. “That’s why I’m calling for an immediate 2nd amendment committee to see how we can get around this pesky human right to defense and abolish all legal guns.”

Following her comments, gun sales surged yet again across the board. The NRA then formally thanked Warren for increasing gun sales around the country.

This entry was posted in Civil Liberties, Humor and tagged Guns. Bookmark the permalink.