The Age of Exterminations VIII, by Ugo Bardi

Beneath Europe’s veneer of sophisticated civilization, the continent has a grisly record of genocide and exterminations. From Ugo Bardi at thesenecaeffect.blogspot.com: 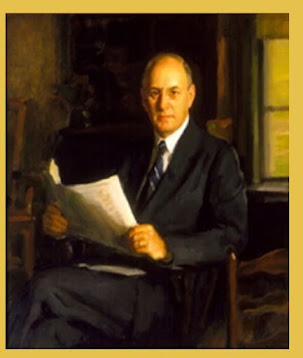 US Secretary of the Treasury, Henry Morgenthau Jr., (1891-1967). He was the proposer of the “Morgenthau Plan” that would have turned post-war Germany into a purely agricultural region, exterminating tens of millions of Germans in the process. Initially approved by President Roosevelt, fortunately, the plan was never put into practice.

After that Germany surrendered, in 1945, the general attitude of the Allies was that the Germans deserved to be punished. One of the results was that the Allies deliberately limited the supply of food to Germany. Among other things, in the book titled The Death and Life of Germany,” (1959) Eugene Davidson reports how the US military authorities explicitly ordered the American servicemen in Germany, and their wives, to destroy the leftovers of their meals. They wanted to be sure that nothing would be left for their German maids and their families.

This attitude of the Allies predated the German defeat. In 1944, Henry Morgenthau Jr., Secretary of the Treasury of the United States, had proposed the plan that would take his name, the “Morgenthau Plan.” The plan called for the complete destruction of Germany’s industrial infrastructure and the transformation of Germany into a purely agricultural society at a medieval technology level. As a consequence, Germany wouldn’t have been able to import food from abroad and that would have resulted in the death of tens of millions of Germans. The Morgenthau Plan was initially approved by President Roosevelt, and it was even publicly diffused in the press. Fortunately for the Germans, it was later abandoned by President Truman, but it remained active as a practical set of guidelines for the allied policies in Germany until 1948. As a result, untold numbers of Germans starved to death. Some people speak of at least one million victims (or even several million) of famine during the period from 1945 to 1948. Others propose smaller numbers, but we’ll never know for sure.