Perhaps the greatest symbol of the Industrial Revolution and the jobs and freedom it created for millions was the personal, affordable automobile. And that’s why the globalists are hell bent on eliminating it. From Eric Peters at ericpetersautos.com:

As part of the now-admitted-to plan to force people out of their cars, the cabal behind the puppets who pretend to run the countries of the Western world have double-plus’d the cost of gasoline while at the same time decreasing the purchasing power of the fiat currency people are forced to use to buy it. The idea – also admitted to now and openly (viz, the Buttigieg Thing) being to “nudge” – that is, force – people into electric cars.

Of course, most people cannot afford electric cars – and that’s the real idea behind that. Also now-admitted-to. Private ownership of cars is bad, the cabal tells the puppets to proclaim. So also food – viz, what is going on in the Netherlands and in the process of about-to-go-on in Canada, too. We must walk – and starve – to prevent the “climate” from “changing.” 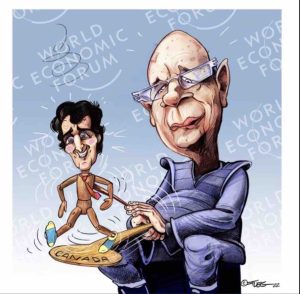 But absent an outright ban on the non-electric cars still privately owned – which is still more than 97 percent of the cars on the road – other measures (per another one of their puppets, in a different context) will probably be taken to further the “transition” to what is styled “clean” energy – nevermind that there is no sufficient source of that energy, electricity, that can be generated “cleanly” in sufficient quantity to power the replacement of the remaining 97 percent of non-electric cars with electric ones. Which they know already, of course. Which tells us they intend to use electric cars to end the privately owned car as a “thing” for the 97 percent of us.

This entry was posted in Civil Liberties, Governments, Liberty, Tyranny and tagged WEF campaign against cars. Bookmark the permalink.