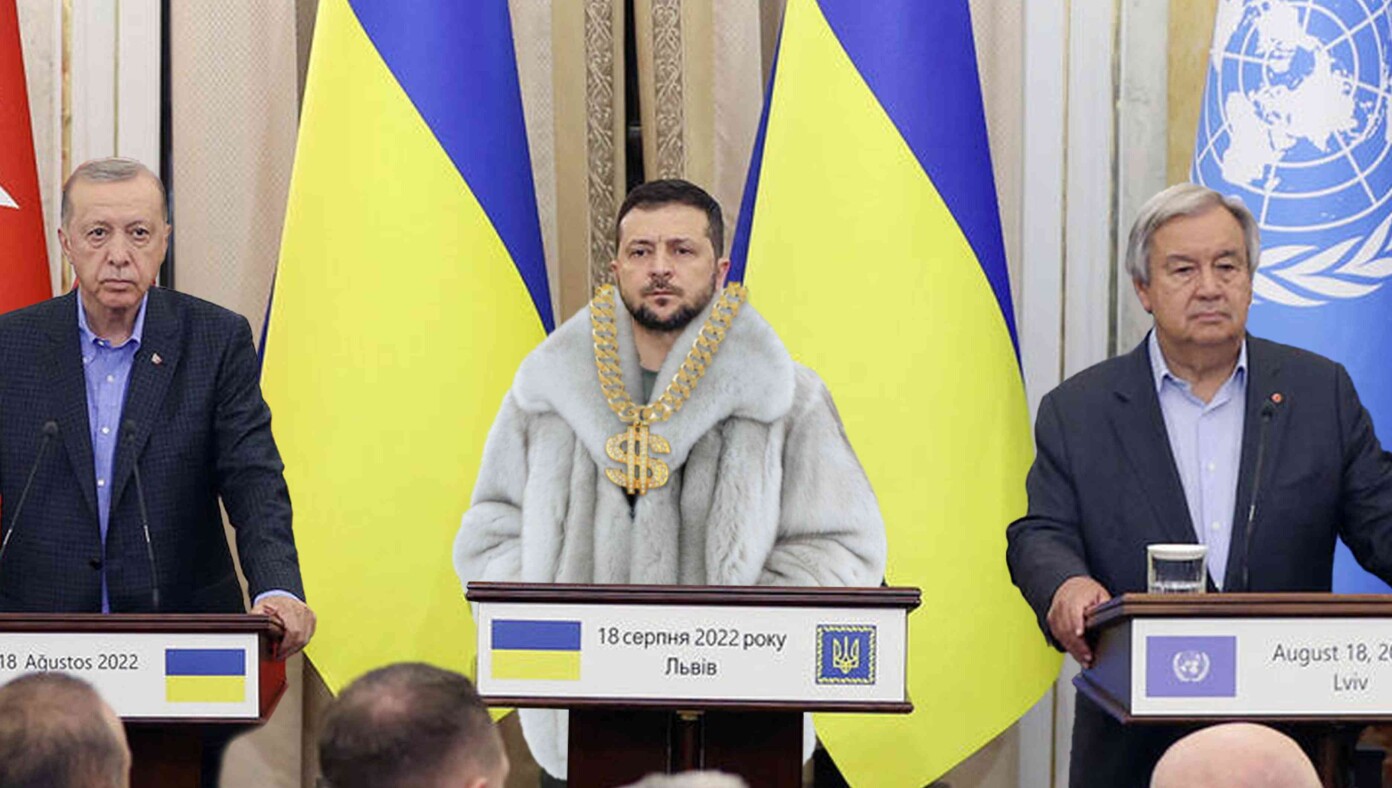 Dressed in a full-length fur coat and a fat gold chain with a diamond-encrusted dollar sign, Zelensky made an impassioned request. “We are in dire need of additional financial resources to help us in our struggle against the evil Russian invaders,” Zelensky told the media gathered around him. “It is only through the generosity of the American government that the Ukrainian people will be able to fight back against our oppressors.”

The Biden Administration was all too happy to comply. “The President has already authorized an additional $800 million in aid for the brave Ukrainian government,” said White House spokesperson Liz Megli. “And the American people can have full confidence that this money is going directly into the hands of the Ukrainian military and suffering Ukrainian children and is in no way part of a massive international money laundering scheme.”

Republican congressional leaders initially questioned the additional funding but quickly changed their minds after the media asked them why they hated Ukrainian children and wanted them to die.

At publishing time, Zelensky was already busy earmarking where the latest wave of U.S. funding would go. “It will be used for very good things. Yes, only to aid us in our righteous cause,” Zelensky said before ordering the crew of his jet to be sure the bottles of Cristal on board were sufficiently chilled before takeoff.

This entry was posted in Humor and tagged Ukraine, Volodymyr Zelensky. Bookmark the permalink.