Apple’s Diabolical Plan To Control The Ads, by Jack Raines

Apple is going after the ad market it ignored for many years. From Jack Raines at Young Money via zerohedge.com: 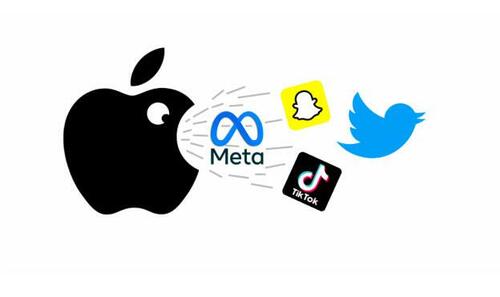 Season 19 of the popular comedy television show “South Park” premiered in Fall 2015. If you are an avid South Park fan, you may remember this season for its introduction of “PC Principal,” an over-the-top social justice warrior/elementary school principal.

However, there was an underlying sinister plot to the entire season as well: Internet ads had become sentient, and they were taking over the world by manipulating human behavior.

In the clip linked below, Eric Cartman gives a detailed monologue about the rise of ads from simple television advertisements to cleverly disguised internet ads.

The idea that internet ads are sentient beings trying to wipe out mankind is as comical as it is preposterous, but Cartman’s timeline of ad development is surprisingly accurate. A little bit too accurate.

On a long enough timeline, every large company eventually becomes an ad network.

Don’t believe me? Facebook (Meta?), originally a social network that allowed friends to connect over the internet, built a $500B business as an advertisement platform.

Alphabet, the parent company of both Google and YouTube, generated $55B in ad revenue in Q1 2022.

Amazon may very well be the fastest-growing ad network in the world right now.

This entry was posted in Business, Media, Technology and tagged advertising, Apple. Bookmark the permalink.