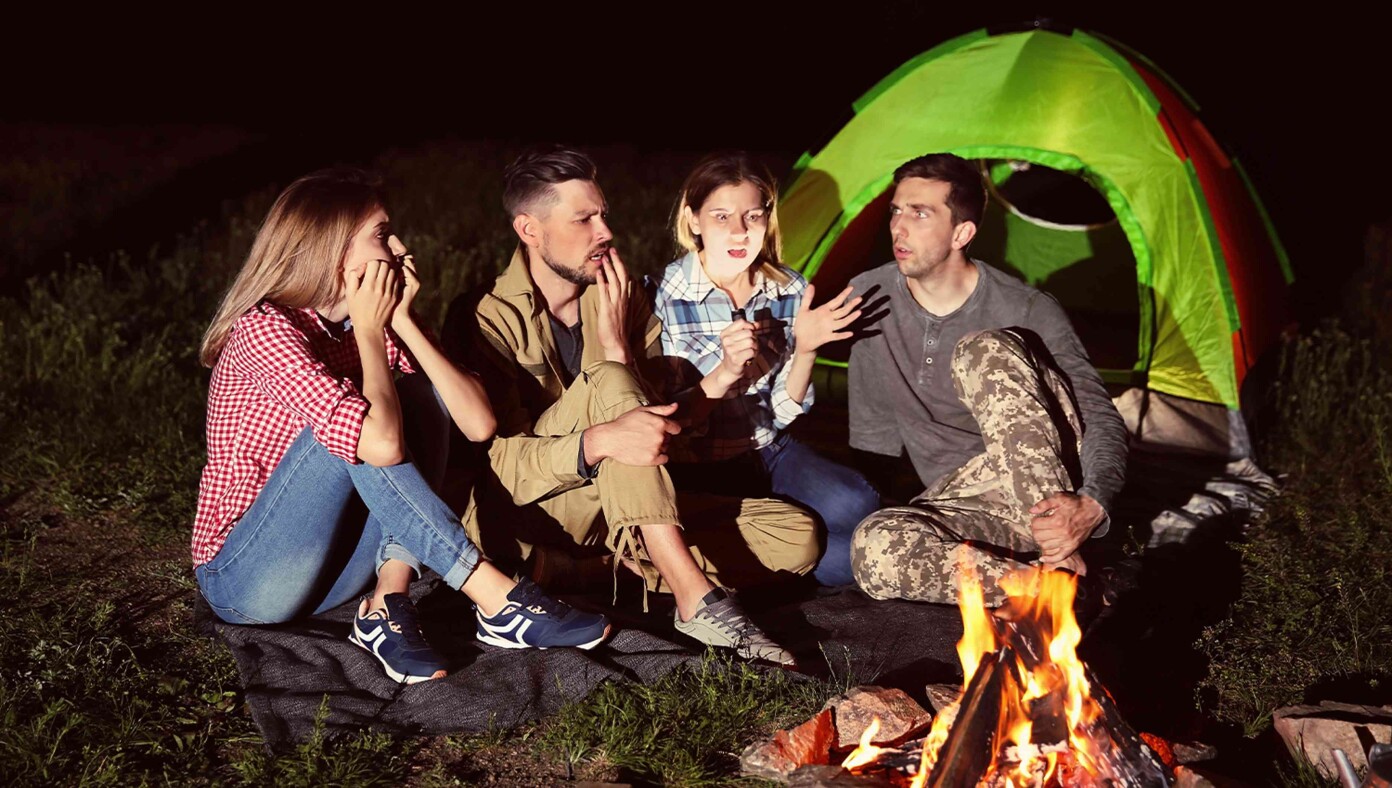 YOSEMITE, CA — During a camping retreat this week to recharge for more rioting before, during, and after the midterm elections, a group of progressives sat around a campfire and enjoyed swapping scary stories about climate change.

“Then, the tropical storms combined with the raging wildfires into an inferno – and then, the floods from the melting ice caps filled up with acid rain, and tornadoes broke out!” Gretchen Deebly spoke to her friends with a solar-powered flashlight under her chin, her face barely illuminated from the weak charge. Her friends huddled together under a microfiber Patagonia blanket that provided no warmth, sources confirm, noting that their skinny vegan bodies also failed to provide any warmth. According to sources, the liberals whimpered “This is terrifying!” as Deebly described the inferno-acid-rain-flood-tornado giving way to a radioactive drought.

After the first horror story ended, another one of the liberals spoke up with an even scarier story: “the climate change misinformation proliferation blob.” This story elicited shudders and shivers, with an ever-growing blob of blogs of scary statistics and misleading memes failing to be fact-checked or at least rated “lacking context.”

At publishing time, the liberals had gone to sleep but were all plagued with nightmares, with sounds from the neighboring campsite creeping into their dreams, causing them to rage-cry that the nearby Republicans continued to gloat, chomp on meat, and burn fossil wood instead of the more eco-friendly natural chemical-free firewood made of soy.

This entry was posted in Environment, Humor and tagged Climate Change. Bookmark the permalink.