DeSantis Is History’s Greatest Monster for Some Reason, by Kurt Schlichter

The Florida governor confounds his critics because he’s competent and knows what he’s doing. From Kurt Schlichter at townhall.com: 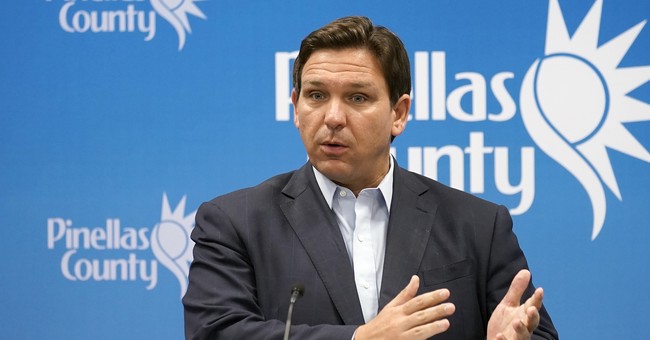 The quiet, firm competence of Governor Ron DeSantis in the face of Hurricane Ian is proving a real problem for Democrats, Never Trumpers, and other garbage people. He’s good at what he does, unlike them, and people see how he differs from the Establishment despite the blizzard of lies and silly charges designed to tear down the best governor in America. Why DeSantis is a monster who hates gay people because he banned grooming and he caused global warming by not making you turn in your Tahoe for a Schwinn and he dragged innocent illegal aliens from their idyllic sidewalk shantytowns in El Paso to the nightmarish hellscape of Martha’s Vineyard. It’s enough to cause literal shaking! Sure, Donald Trump was Hitler, but DeSantis is both disciplined and (unlike Trump) sees that institutions like the regime media are worthless and must be destroyed, so he is Super Hitler on Steroids times a zillion.

Certainly, the comparison with the half-wits in the White House in the wake of the Cat 4 storm has been less than flattering to the Establishment windbags. President Cornholio has contributed nothing to the relief efforts besides more video of him wandering away, but in his defense, he’s been distracted running his fool mouth and risking nuclear war. And Kamala has been at it as well. The Florida administration had to correct the Veep’s insistence that hurricane relief would be targeted at people of color and presumably non-binary two-spirit otherkin. Diversity may be our strength, goes the cliché, but there’s no diversity in the Biden Administration – they are all idiots.

This entry was posted in Government, Politics and tagged Hurricane Ian, Ron DeSantis. Bookmark the permalink.