If Trump doesn’t run in 2024, DeSantis has to be considered the betting favorite to take the Republican nomination. From Ivan Pentchoukov and Jan Jekielek at theepochtimes.com: 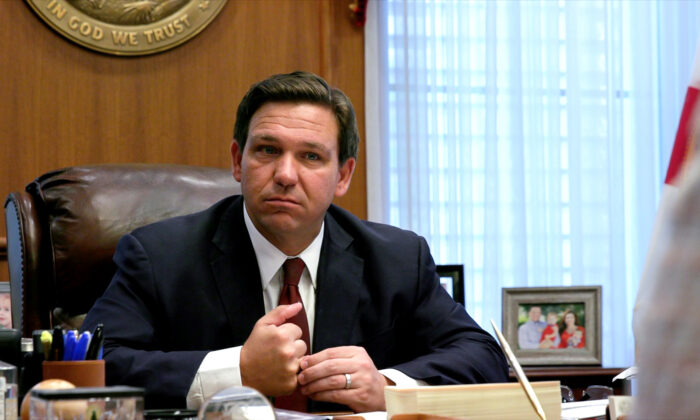 Floridа Gov. Ron DeSantis listens to a report from a member of his administration during a meeting at the governor’s office in Tallahassee, Fla., on April 1, 2021. (Screenshot via The Epoch Times)

Florida Gov. Ron DeSantis issued a statewide stay-at-home order on April 1 last year, locking down the Sunshine State for 30 days amid global panic about the CCP (Chinese Communist Party) virus outbreak. Sitting in his office exactly one year later, he told The Epoch Times that the lockdowns were a “huge mistake,” including in his own state.

“We wanted to mitigate the damage. Now, in hindsight, the 15 days to slow the spread and the 30—it didn’t work,” DeSantis said. “We shouldn’t have gone down that road.”

Florida’s lockdown order was notably less strict than some of the stay-at-home measures imposed in other states. Recreational activities like walking, biking, playing golf, and beachgoing were allowed, while what constituted an “essential business” was broadly defined.

“Our economy kept going,” DeSantis said. “It was much different than what you saw in some of those lockdown states.”

However, the governor now regrets issuing the order at all and is convinced that states that have carried on with lockdowns are perpetuating a destructive blunder.

After the initial 30-day lockdown in Florida lapsed, DeSantis commenced a phased reopening. He faced fierce criticism at each stage from establishment media, as well as segments of his own constituency beholden to the lockdown narrative.

END_OF_DOCUMENT_TOKEN_TO_BE_REPLACED 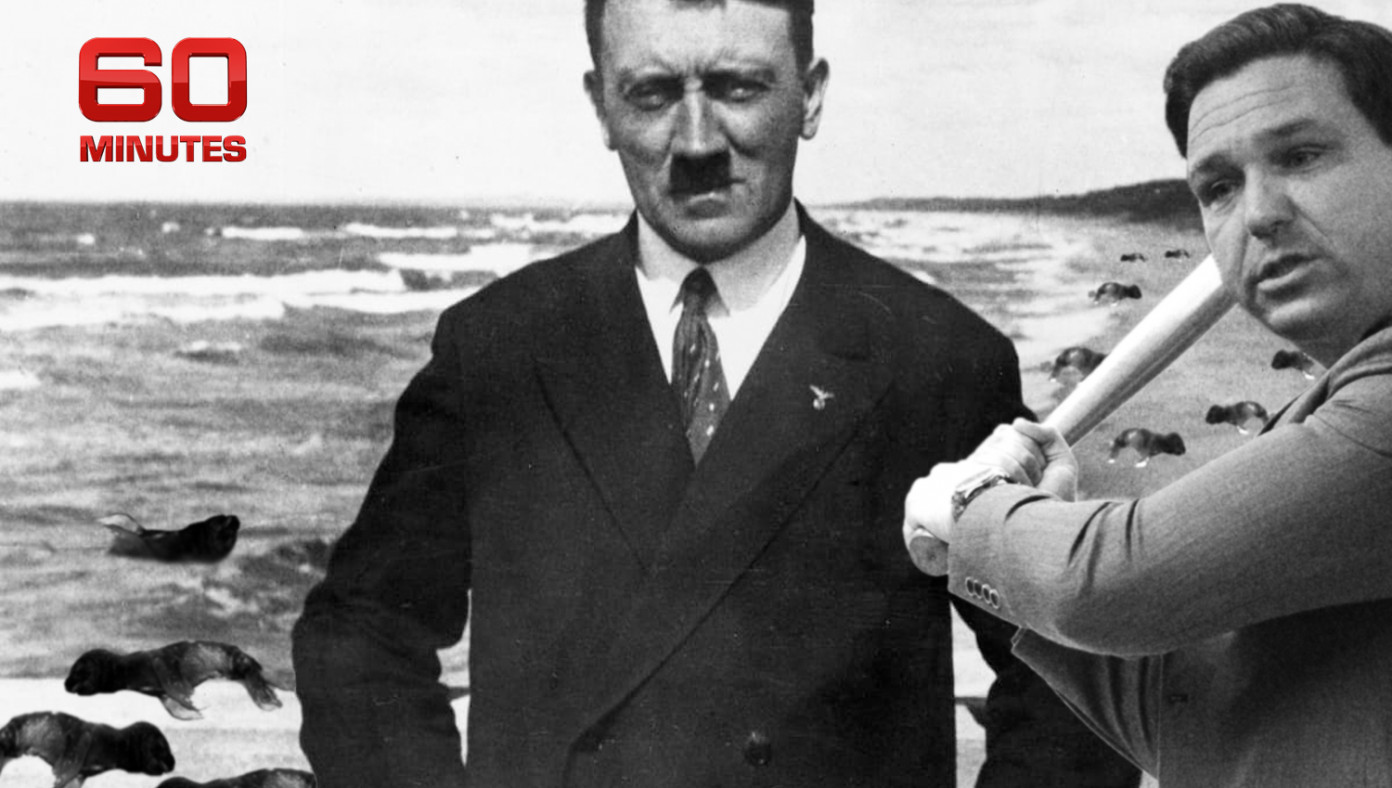 The Democrats can’t stand seeing Ron DeSantis take a victory lap for his much less restrictive Covid-19 policies that left Florida in no worse shape than many Democratic states with more draconian policies. From Tyler Durden at zerohedge.com:

As Democrat lockdown governors Gavin Newsom and Andrew Cuomo struggle like drowning mice to lead their states out of ‘science’-based pandemic restrictions while embroiled in political scandals, Florida Governor Ron DeSantis (R) – who notably did not lock down his state – is looking so good that even CNN hit pieces can’t help but give him credit for a booming economy and low COVID numbers – even if they only go so far as to call it a happy accident. 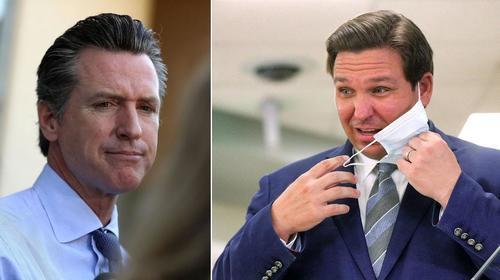 In a Wednesday article titled “A year into the pandemic, Florida is booming and Republican Gov. DeSantis is taking credit,” CNN‘s Jeff Zeleny writes:

As many parts of the country embark on an uneasy march toward normalcy, Florida is not only back in business — it’s been in business for the better part of the past year. DeSantis’ gamble to take a laissez faire approach appears to be paying off — at least politically, at least for now, as other governors capturing attention in the opening phase of the pandemic now face steeper challenges.
Despite far fewer rules and restrictions, Florida lands nearly in the middle of all states on a variety of coronavirus metrics. The state has had about 3% more Covid-19 cases per capita than the US overall, but about 8% fewer deaths per capita.

“If you look at what’s happening in South Florida right now, I mean this place is booming. It would not be booming if it was shut down,” DeSantis said last month as tourist season began to heat up. “Los Angeles isn’t booming. New York City’s not booming. It’s booming here because you can live like a human being.”

The Rump State of America, by Eric Peters

Imagine that, people are migrating to a state with low taxes, warm weather, and no Covid-19 totalitarianism. From Eric Peters at ericpetersautos.com: 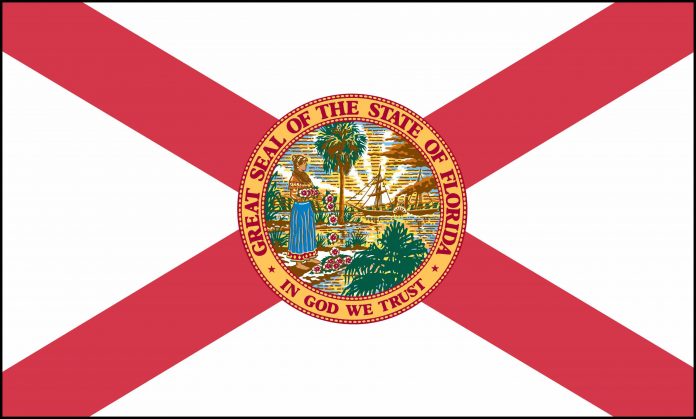 Florida may turn out to be the last United State – the Rump Republic of America. The rest of the states having become something un-American (or insufferably cold, such as otherwise American states like South Dakota; but perhaps such places can be warmed up).

Florida seems to be the place, if you want to show your face – without having to cover up the rest of yourself.

It has a governor who reportedly told the president selected to “go fuck yourself” after being pressured by him to turn his state into a place like most of the other states, where people are treated like prisoners and “mandated” to not show their faces, notwithstanding the inconvenient truth that Floridians have suffered less from “the virus” than states that have imposed suffering on their populations in the name of “the virus.”

“I will not, and you can go fuck yourself!” Ron DeSantis for President! From James Howard Kunstler at kunstler.com:

In their latest act of degeneracy disguised as virtue, the Progressive Wokesters of Washington failed again to nail that old orange coonskin to the wall. Rather, they only embarrassed themselves in the effort, even as far as submitting faked evidence. You’d think there would be some penalty for dishonoring Congress like that, but Rep. Eric Swalwell (D-CA) has for now just skated for submitting doctored Twitter posts to the court of senators.

Watch now as some Wokeness-inflamed DC prosecutor is enlisted by the Lawfare beagles to charge former President Trump with a catalog of crimes under the city’s ordinary statutes. They’ll get a conviction pronto in a local DC court for sure — considering the town’s demographics — and then the appeals will drag on well into the next ice age. In the meantime, as long as he remains healthy, and evades assassin’s bullets, Mr. Trump will go after his antagonists in Congress like a mad dog toward the 2022 midterm. Mr. Swalwell had better learn to code. Or maybe his talents are more attuned to hackery.

The impeachment loss, which was predetermined by simple math, seems to have only driven Nancy Pelosi crazier, perhaps because there are no more traps she can lay for the ex-president, or maybe because her managers’ strategy was revealed to be so shamelessly dishonest. Now she must turn her attention to the Woke agenda, which, she may sense, will only accelerate a cratering US economy — things like the inane Green New Deal and open borders

Lockdowns Ending but Their Politics Still Rule, by Tom Luongo

Baby steps out of lockdown will stymie economic recovery. From Tom Luongo at tomluongo.me:

While it looks like the worm is turning against the draconian economic shutdowns decreed by governments, so much damage has already been done it likely won’t matter now.

I began the week hopeful that my home state of Florida would lead the way towards challenging the anti-human and thoroughly intolerable lock down mentality imposed on us by officials at the WHO, NAIAD, Johns Hopkins and the IHME.

That hope continued earlier this week while watching Governor Ron DeSantis give a half-hour presentation of why Florida not only outperformed all of the grossly negligent predictive models but nearly every other state in the union in nearly every metric relevant to COVID-19.

It, however, vanished completely when he finally unveiled his new plan, which was to graciously allow the private economy to get back to 25% capacity, following the same tyrannical guidelines of those now discredited members of President Trump’s Task Force.

I guess I need to remind myself of why hope is the most negative of all emotions.

“Phase One is a baby step,” DeSantis said during a news conference at Tampa General Hospital. “We are deliberately going to be very methodical, slow and data-driven on this because I think people want to have confidence things are going in a good direction.” He said a slow approach would also give the state an opportunity to step in to handle any spikes in the disease that might occur.

But this is typical political double-speak. Because the political pressure on DeSantis, Trump and other ‘Red State’ Governors to not open things back up has been enormous. If it wasn’t he would have shown more spine.