A Surprising Threat To The US Power Grid Could Plunge The Country Into Darkness, by Tyler Durden

Electric cars may be the greatest thing since sliced bread, but you do have to be able to plug them in somewhere and get the juice. From John Mac Ghlionn at The Epoch Times via zerohedge.com:

The importance of a strong power grid cannot be emphasized enough. Often, when a grid fails, the results are terrifying. Of all the major power grids in the world, the United States’ is one of the more vulnerable to attack.

State-sponsored hackers from the likes of Iran, Russia, and, unsurprisingly, China pose a real threat to the United States’ electrical transmission lines. However, there’s another (far less obvious) threat to the grid: electric vehicles (EVs). 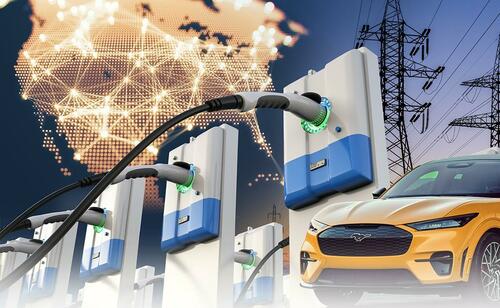 Yes, you read that right.

The Biden administration is desperate to consign the internal combustion engine to the dustbin of history. In this radical shift to embrace a new, zero-emission world, Americans are being told to embrace EVs. Such an embrace, however, requires a stellar power grid, the very thing the United States lacks.

Just to be clear, the U.S. power grid (or electric grid) involves a huge network of transmission lines, power plants, and distribution centers. The United States has three major grids: the Eastern Grid, the Western Grid, and the ERCOT Grid, otherwise known as the Texas Grid. Of the three, the Eastern Grid is the largest.

Although the three grids can operate independently, they’re also connected. A failed grid means no power for tens of millions of citizens and prolonged periods of darkness. Imagine a power grid failure in the likes of Los Angeles or New York. The two cities are already riddled with crime; grid failures would make things many times worse.