US Warns Australia Against Anti-Nuclear Treaty, by Julie Conley

Is war the only thing the U,S. government can do? From Julie Conley at consortiumnews.com:

Disarmament activists condemned Washington’s effort to intimidate the Albanese government from shifting its position on a treaty that the vast majority of Australians, according to a poll in March, support signing and ratifying. 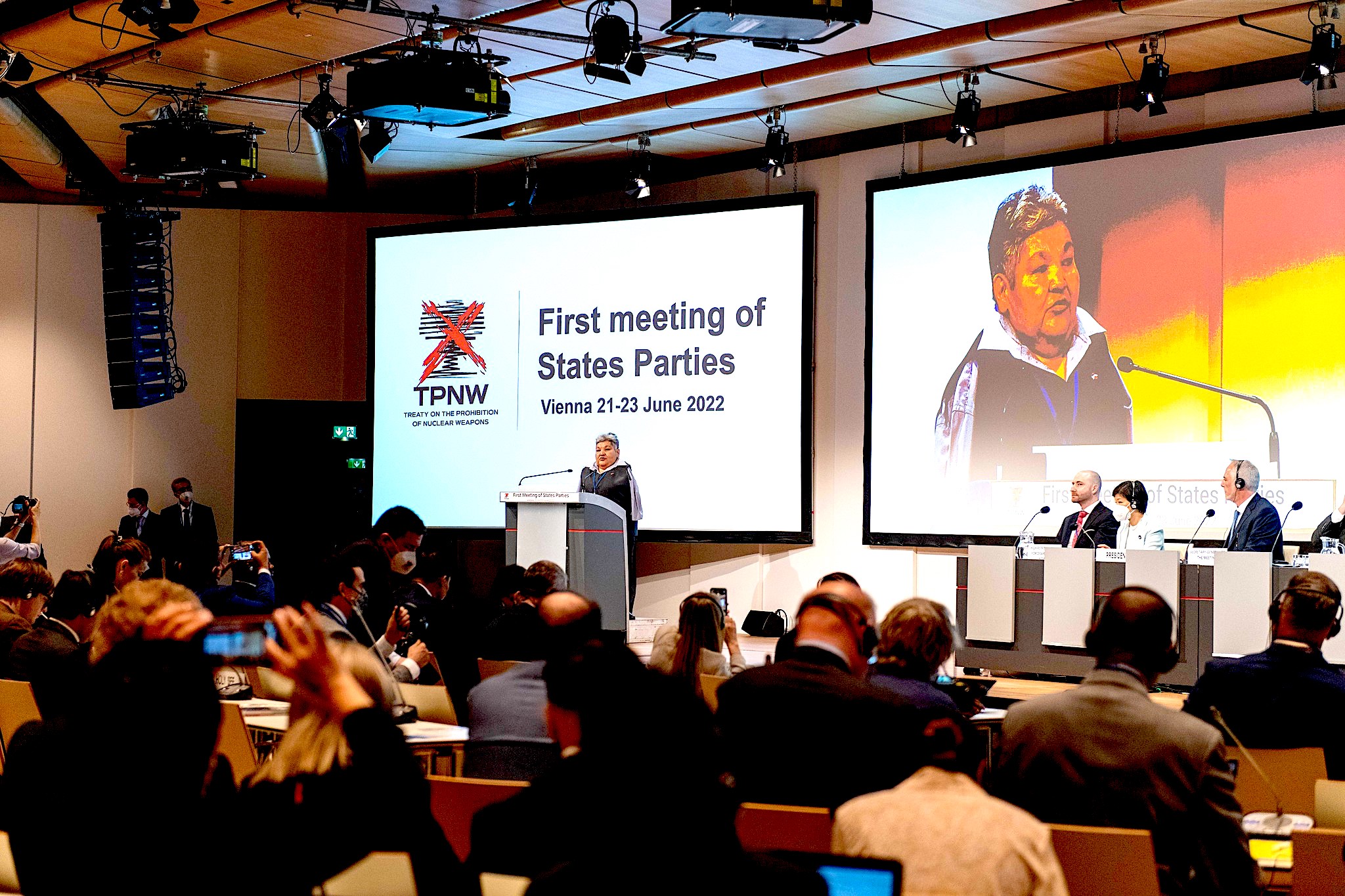 Nuclear test survivor from Kazakhstan addressing the first meeting of states parties to the Treaty on the Prohibition of Nuclear Weapons in Vienna in June. (UNIS Vienna, Flickr, CC BY-NC-ND 2.0)

Anti-nuclear weapons campaigners rebuked the Biden administration on Wednesday over its opposition to Australia’s newly announced voting position on the Treaty on the Prohibition of Nuclear Weapons, which could signal the country’s willingness to sign on to the agreement.

As The Guardian reported, the U.S. embassy in Canberra warned Australian officials that the Labor government’s decision to adopt an “abstain” position regarding the treaty — after five years of opposing it — would obstruct Australia’s reliance on American nuclear forces in case of a nuclear attack on the country.

Australia’s ratification of the nuclear ban treaty, which currently has 91 signatories, “would not allow for U.S. extended deterrence relationships, which are still necessary for international peace and security,” the embassy said.

The U.S. also claimed that if Prime Minister Anthony Albanese’s government ratifies the treaty it would reinforce “divisions” around the world.

Australia “should not face intimidation from so-called allies under the auspices of defense cooperation,” said Kate Hudson, general secretary of the Campaign for Nuclear Disarmament. “The TPNW offers the best chance for lasting global peace and security and a clear road map for nuclear disarmament.”

The TPNW prohibits the development, testing, stockpiling, use, and threats regarding the use of nuclear weapons.

The Australian chapter of the International Campaign to Abolish Nuclear Weapons (ICAN) noted that Albanese’s vocal support for achieving nuclear disarmament puts him in line with the majority of his constituents — while the U.S., as one of nine nuclear powers in the world, represents a small global minority.

One response to “US Warns Australia Against Anti-Nuclear Treaty, by Julie Conley”