The Age Of Easy Money Is Over, by Jeffrey Tucker

Nearly free money introduces myriad distortions in an economy that can take decades to work themselves out after the music stops. From Jeffrey Tucker at The Epoch Times via zerohedge.com:

What began in 2008 and continued for the better part of 14 years appears finally to be coming to an end. The era of cheap money and credit is over. 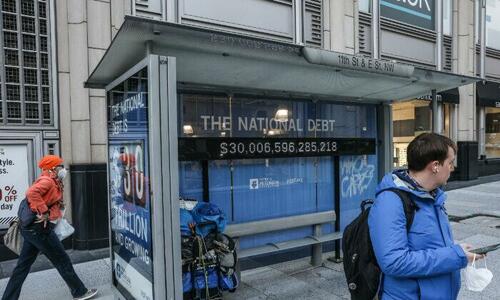 It’s hard to wrap one’s brain around the implications. It will affect all of business life and personal finances. It will dramatically change financial decisions and also affect the culture. It’s going to amount to a return to good-sense, value investing, and companies that have to actually make a profit the old-fashioned way.

I’m not just talking about layoffs in Big Tech. But those are very real. Amazon is laying off 10,000 workers in management layers—which everyone in corporate America knows are the the most useless people in any business. They got puffed up beyond reasonable size completely due to seemingly infinite resources and forever rising stock valuations based on nothing but inflated reputations.

Such cutbacks are occurring in every major company that reached gargantuan size. Twitter was just the beginning because soon after Facebook (sorry, Meta) announced the same, while many other companies that lived off ad revenue on the internet are experiencing the profitability squeeze as we headed into a solid recession (it will become obvious in months that we are already there).

It also affects real estate, the residential markets of which are already freezing up. And commercial real estate in big cities is similarly affected, particularly offices that are still only half-full. Lacking a buyers’ market, prices will have to come down relative to where they are today, though they are likely to remain inflated over valuations from 2019 due to persistent inflation that is only very gradually calming down.