A Ukraine peace would expose the fissures within the EU. From Yanis Varoufakis at zerohedge.com:

After the 2008 financial crash, the European Union only papered over the internal North-South conflict that emerged, and the war in Ukraine has produced a new East-West divide. Once peace arrives, both fault lines will only grow deeper, uglier, and impossible to ignore. 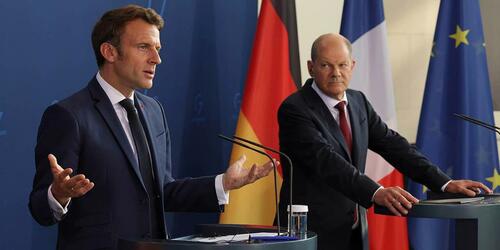 This is not a polemic about whether Russia can be trusted to respect any future peace treaty with Ukraine. Nor is it a commentary on the merits of ending the war by diplomatic means. It is, rather, a reflection on the latest European paradox: While peace in Ukraine would help stem Europe’s economic hemorrhaging, the moment any peace process begins, the European Union will be divided by an internal East-West fault line, which is bound to reawaken the EU’s earlier North-South conflict.

A credible peace process will require difficult negotiations involving the world’s great powers. Who will represent Europe at that high table? It is hard to imagine Polish, Scandinavian, and Baltic leaders ceding that role to their French or German counterparts.

In the EU’s eastern and northeastern flanks, French President Emmanuel Macron is considered a Putin appeaser ready to impose on Ukrainians a reprehensible (to them) land-for-peace agenda. Likewise, setting aside Germany’s long-term reliance on Russian energy, Chancellor Olaf Scholz’s standing as a torchbearer of Europe’s collective interest has been damaged further by his €200 billion ($212 billion) fiscal defense of German industry – the type of tax-funded protective shield which Germany vetoed at the EU level.