Decline of Empire: Parallels Between the U.S. and Rome, Part I, by Doug Casey

Doug Casey has his own take on the parallels between the U.S. and Roman empires, a subject that elicited a fair number of Internet articles. From Casey at internationalman.com: 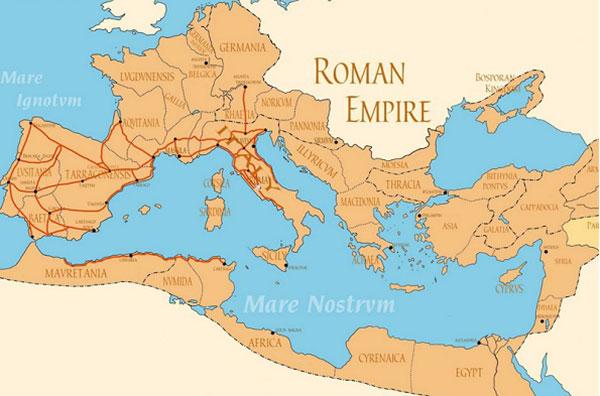 As some of you know, I’m an aficionado of ancient history. I thought it might be worthwhile to discuss what happened to Rome and based on that, what’s likely to happen to the U.S. Spoiler alert: There are some similarities between the U.S. and Rome.

There are good reasons for looking to Rome rather than any other civilization when trying to see where the U.S. is headed. Everyone knows Rome declined, but few people understand why. And, I think, even fewer realize that the U.S. is now well along the same path for pretty much the same reasons, which I’ll explore shortly.

Rome reached its peak of military power around the year 107, when Trajan completed the conquest of Dacia (the territory of modern Romania). With Dacia, the empire peaked in size, but I’d argue it was already past its peak by almost every other measure.

The U.S. reached its peak relative to the world, and in some ways its absolute peak, as early as the 1950s. In 1950 this country produced 50% of the world’s GNP and 80% of its vehicles. Now it’s about 21% of world GNP and 5% of its vehicles. It owned two-thirds of the world’s gold reserves; now it holds one-fourth. It was, by a huge margin, the world’s biggest creditor, whereas now it’s the biggest debtor by a huge margin. The income of the average American was by far the highest in the world; today it ranks about eighth, and it’s slipping.