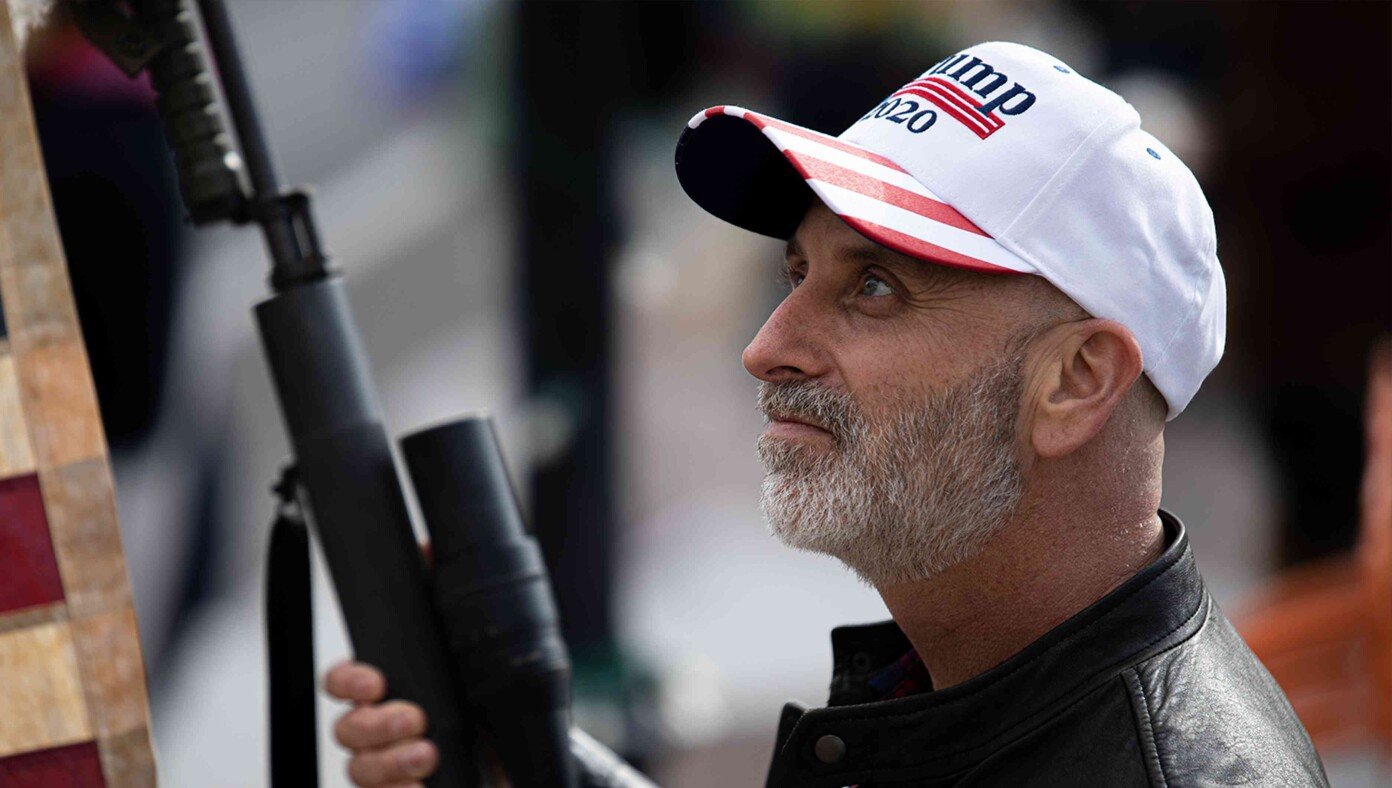 DENVER, CO — Local man Walter Bishop is reportedly excited to find out whether he will soon be raided by the FBI or gunned down by the IRS. The longtime conservative is reportedly ecstatic to show people how right he was about the slippery slope he’s been warning everyone about.

“This is terrific!” he told next-door neighbor Phil Astrototop. “I wonder which it will be — a raid or an epic showdown with IRS agents.”

Phil, a moderate Democrat disapproved of Bishop’s oddly gleeful attitude. “Nothing’s going to happen, man. It’s not like you’re breaking the law. Don’t do anything wrong and the government won’t bother you.”

Bishop laughed. “That’s what you think! I voted for Trump. I guarantee they’re coming for me. You’ll see, I’m right!”

Friends and family members of Walter Bishop are concerned that his optimistic anticipation of a pessimistic event may be a mental disorder.

“We’re really worried about him,” said Bishop’s wife. “Also he’s kind of scaring me. I don’t want to be raided by the FBI! They’ll see my unmentionables!”

At publishing time, the home of Phil Astrototop was raided by a team of federal agents working in conjunction with the IRS but, because Astrototop is a known Democrat, Walter Bishop was unable to gloat that he had been “right all along.”

Who Inflicts the Most Gun Violence in America? The U.S. Government and Its Police Forces, by John W. Whitehead

There’s not an individual or institution on the planet as remotely dangerous as governments. From John W. Whitehead at rutherford.org:

“It is often the case that police shootings, incidents where law enforcement officers pull the trigger on civilians, are left out of the conversation on gun violence. But a police officer shooting a civilian counts as gun violence. Every time an officer uses a gun against an innocent or an unarmed person contributes to the culture of gun violence in this country.”—Journalist Celisa Calacal

Yes, gun violence is a problem in America, although violent crime generally remains at an all-time low.

Yes, mass shootings are a problem in America, although while they are getting deadlier, they are not getting more frequent.

However, tighter gun control laws and so-called “intelligent” background checks fail to protect the public from the most egregious perpetrator of gun violence in America: the U.S. government.

Consider that five years after police shot and killed an unarmed 18-year-old man in Ferguson, Missouri, there has been no relief from the government’s gun violence.