They’re turning up the heat on Hunter Biden. From Tyler Durden at zerohedge.com:

Senate investigators have demanded that Hunter Biden turn over a mountain of evidence following bombshell emails and text messages which appear to show he and his business partners engaging in an international influence-peddling scheme while his father was Vice President of the United States, according to CBS News’ Catherine Herridge – who brought receipts as usual. 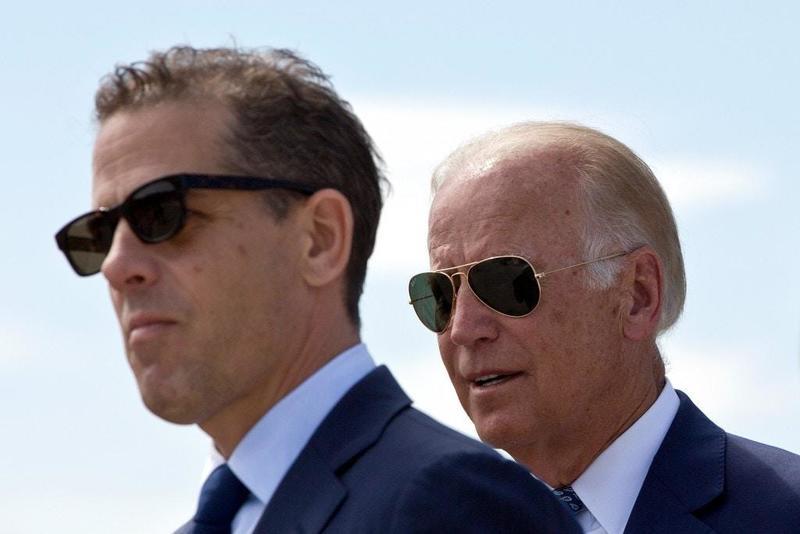 “According to recent reports that published emails allegedly from your client’s laptop, the Committees have identified your client as an individual involved in one or more of these business arrangements or financial transactions,” reads a Wednesday letter from Sens. Ron Johnson and Chuck Grassley.

“As part of the ongoing efforts to validate and verify the information in those emails, the Committees request that your client provide all records related to any of your client’s business dealings—including, but not limited, to bank records, wire transfers, account balances, gifts, business transactions, travel records—with Joe Biden, James Biden, Ye Jianming, Chi Ping Patrick Ho, Zang Jian Jun, Gongwen Dong, Mervyn Yan, Gabriel Popoviciu, or any other associates regarding CEFC China Energy Co. Ltd or any other transactions related to business in Romania, China, Russia, Kazakhstan, Ukraine, Czech Republic, or any other countries.”

Biden’s lawyers have until Friday to comply.

Over the last week, alleged emails, text messages and compromising photographs from Hunter Biden’s laptop and his former business partners reveal that Joe Biden was directly involved in Hunter’s business dealings, and appears to have directly profited from them.

The deals span several countries, from Ukraine – where Joe was ‘introduced’ to a representative from energy giant Burisma before strong-arming the Ukrainian government into firing their chief prosecutor who was investigating the company, to China, where a top Chinese official offered the Biden family a $5 million “interest-free” loan, to Russia, where Hunter took $3.5 million from the former mayor of Moscow’s ex-wife.

From Andrew P. Napolitano at antiwar.com:

The FBI investigation of former Secretary of State Hillary Clinton’s failure to protect state secrets contained in her emails has entered its penultimate phase, and it is a dangerous one for her and her aides.

Federal law enforcement sources have let it be known that federal prosecutors and the FBI have completed their examination of raw data in the case. After the FBI acquires raw data – for example, the nature and number of the state secrets in the emails Clinton failed to protect or the regular, consistent, systematic nature of that failure – prosecutors and agents proceed to draw rational inferences from that data.

Then they proceed to corroborate those inferences, looking for other sources to support or even to contradict them. With one exception, all of this work has been done with neutral sources of evidence – documents, email metadata, government records and technical experts.

The exception is Bryan Pagliano, the one member of Clinton’s inner circle who, with either a written promise of non-prosecution or an order of immunity from a federal judge, began to cooperate with federal prosecutors last fall.

Here is what he told the feds.

He has also told some of the 147 FBI agents assigned to this case that Clinton herself was repeatedly told by her own State Department information technology experts and their colleagues at the National Security Agency that her persistent use of her off-the-shelf BlackBerry was neither an effective nor an acceptable means of receiving, transmitting or safeguarding state secrets. Little did they know how reckless she was with government secrets, as none was apparently then aware of her use of her non-secure secret server in Chappaqua for all of her email uses.

We know that the acquisition and corroboration phase of the investigation has been completed because the prosecutors have begun to ask Clinton’s top aides during her time as secretary of state to come in for interviews. This is a delicate and dangerous phase for the aides, all of whom have engaged counsel to represent them.

To continue reading: The Clinton Investigation Enters a Dangerous Phase