The Polling Problem, by the Zman

With political polling, as with credit ratings, the person or organization buying the service tends to get the result they want, regardless of claims of impartiality. From the Zman at theburningplatform.com:

It is becoming popular on the Right to dismiss polling as nothing more than another part of the endless gaslighting from our rulers. Like the news, it is assumed that the polls are fake, at least regarding Donald Trump. For sure, there are a lot of bogus polls and even more bogus poll stories. Like everything else in this age, the quality of polling has steadily declined. That said, there may be some other issues beyond deceit that are undermining the utility of political polling.

One obvious problem is the demand side. The media has always liked polling because it is cheap content. It allows them to discuss the results of an event, like a presidential election, for months before it actually happens. Polling stories are just a way to pretend the election already happened. Then as the polls change, and they always do, the media can talk about those changes. That also opens the door for so-called experts, who can provide “expert” commentary on the polls.

Of course, supply naturally follows demand, so Gallup was followed by other polling outfits supplying opinion surveys to the media. The explosion of media over the last thirty years has caused an explosion in demand for polling. One reason we have so much bad polling now is the same reason we have fake news. There is only so much good quality material, so the void is filled with low-quality material. Fake news has replaced real news and fake polling is crowding out good polling.

Perhaps the best thing to do when the pollsters call is hang up. From Tyler Durden at zerohedge.com:

A new study from CloudResearch reveals that 11.7% of Republicans won’t admit their political preferences to pollsters – which is more than twice the number of Democrats at just 5.4%. 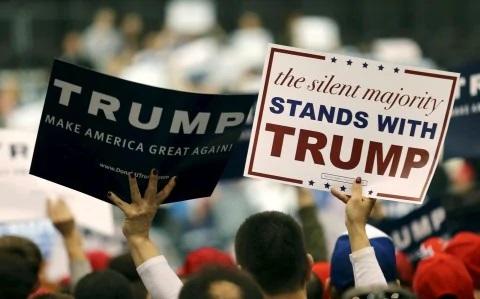 CloudResearch also found that “10.5% of Independents fell into the “shy voter” category, just a percentage point lower than how Republicans react to phone polls.”

When asked why they wouldn’t be truthful in their responses, “shy” respondents cited six concerns:

1. A lack of trust in phone polls as truly being anonymous.

2. An apprehension to associate their phone numbers with recorded responses.

3. Fear that their responses will become public in some manner.

4. Fear of reprisal and related detrimental impact to their financial, social, and family lives should their political opinions become publicly known.

5. A general dislike of phone polls.

6. Malicious intent to mislead polls due to general distrust of media and political pundits (though a sentiment expressed only by a few “shy voters”).

Specifically, the following explanations were given:

“I don’t believe the information would be confidential and I think it’s dangerous to express an opinion outside of the current liberal viewpoint.”

“Well I probably wouldn’t give my opinion period, but if pushed, I would not give my real opinion for fear of reprisal if someone found out.”

“Because most polls released to the public are slanted and aren’t scientifically based. So, they are messing with the results of the survey from the beginning by knocking down one party or the other. I’m just trying to right the ship.”

“My answers could be recorded so I don’t really trust such phone conversations.”

“I do not discuss politics — let alone with a total stranger on the telephone.”

“I don’t always trust phone call surveys. I wouldn’t want to be bombarded with phone calls and political mail.”

“I don’t want my opinion associated with my phone number.”

“I am less anonymous, and somewhat ashamed of my opinion as it is frowned upon.”