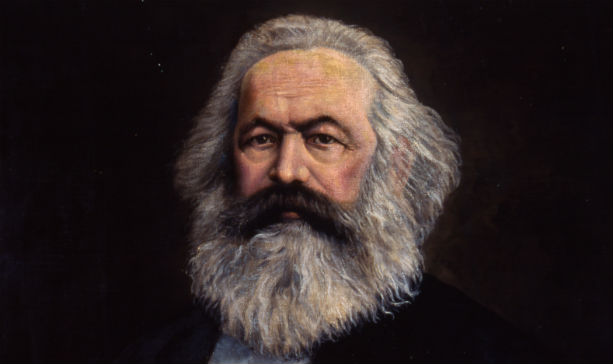 Many millennials embrace Marxism. So do their parents and grandparents.

From the millennials’ abilities will supposedly flow the wherewithal to fund “needs”: their elders‘ entitlements, debt, and ever-expanding blob of a government. Horror of horrors, polls and studies indicate that many millennials are embracing Marxism: they want somebody to fund their “needs”! Where did they learn this nonsense?

It must be those left-wing, snowflake sanctuary, social justice warrior haven, gender-bending colleges and their washed up Marxist professors. This is America, where everyone stands on their own two feet. That’s not how they were reared!

Except it is how they were reared. Good parents know their kids pay more attention to what they do than what they say. America has been slouching towards collectivism for decades. This bipartisan trend has been differentiated only by the hypocrisies the red and blue teams peddle. Regardless of what’s said, this country does statist collectivism. That anyone should express surprise or dismay that the young embrace collectivism betrays self-serving delusion that only fuels their cynicism.

Believe it or not, a fair number of millennials are reasonably well-informed. They just don’t get their information from their parents’ and grandparents’ favorite hypocrisy peddlers. The median age of Americans watching CNN, MSNBC, and Fox News is over 60, with Fox the most geriatric at 68.

The younger set watches a lot of videos, some from consistently ideological sources but many representing eclectic viewpoints that can’t be pigeonholed. Between the internet and their own experiences, the millennials are getting a pretty good idea of what the future holds, even if they don’t know the current vice-president or America’s allies in World War II. The future, after all, is far more relevant to them than Mike Pence or a war 72 years past.

Local, state, and the federal government spend over 35 percent of the GDP. Taxes paid skew heavily towards the most productive under our progressive tax regimes; that’s where the money is. Around half the population receives some sort of largess from one or more governments. From each according to their ability to each according to their need. However, need doesn’t carry the same requirement of deprivation that it did when the welfare state got rolling during the New Deal.

The needy still include those true tales of woe invariably cited by welfare state fans. But they also include relatively affluent Social Security and Medicare beneficiaries receiving far more than they put in. And tax-funded professors, administrators, and athletic coaches drawing fat salaries at public universities. Let’s not forget legions of other government employees, whose average pay, retirement pensions and medical benefits exceed those of their private sector brethren who support them. Then there are the hordes of contractors, lobbyists, and other teat-suckers who cluster around Washington D.C. and state capitals like flies cluster around particularly redolent corpses and turds.

Communist commissars—the “needy” class in the old Soviet Union that actually got most of the loot—never had it so good. For all their tax-looting, America’s commissars still spend more than they take in, so they’ve placed a huge claim on future production: debt and unfunded pension and medical promises. Even some of the dimmer millennial bulbs recognize who gets to pick up those collectivized obligations. That’s in addition to their not inconsequential student loan debt. The more astute realize that this mound of obligations has something to do with the anemic economy and dismal job prospects.

History demonstrates that collectivist regimes which stifle economic and political freedom often turn to war, plunder, and empire building to mask their repression and failures at home. Doesn’t that describe the US government to a tee? It has military bases and deploys special operations forces all over the world. In the name of global order and fighting terrorism, it has engaged in more wars this century than any other government. To instill domestic “order,” the national security state surveils everyone, including a president-elect, and subverts the press.

Not only do wars add a lot of chits to the debt pile, but guess which generation gets to fight them? Not that the military is having trouble filling its ranks. It offers steady jobs with good benefits—hard to find in the private sector—for those who avoid getting killed or maimed.

It takes a while for those millennials who find their way into the private sector to discover how thoroughly it is dominated by the public sector. The meddling, stifling, counterproductive hand of government weighs on every important economic activity. In some jurisdictions kids can’t even sell lemonade without a permit. It takes time, experience, and investigation to discover another truth: regulation protects the entrenched and stifles the new and innovative.

The apotheosis is finance and banking. Central bank debt monetization and interest rate suppression promote government debt and add to the millennials’ load. The Fed is owned by the banks, buys their securities, promotes their cartel, and acts as their agent in Washington. Cheap money drives up the price of financial assets, which millennials by and large don’t own. Reams of legislation and regulation not only make it difficult to impossible for competitive new entrants, but are explicitly designed to ensure that members of the old guard don’t fail. When they nevertheless fail, they get bailed out.

It is the intellectual crime of the century to call this bastardized state of affairs capitalism or freedom. Capitalism—investment, production, and voluntary exchange—is what people do when they’re left to their own devices and are free to pursue their own legitimate interests. It was dealt a mortal blow in 1913 with the establishment of the central bank and income tax, and buried in the New Deal. It’s no surprise the left falsely labels the grotesque and failing mixed economy capitalism. It’s every failure can be ascribed to capitalism and used as a justification for more government.

What’s revolting is the rhetoric of capitalism’s so-called defenders. Conservatives ritualistically praise a “free market system” that hasn’t existed for decades. It’s useful cover: invoke the free market while supporting and profiting from collectivist skims and scams. From the dwindling ranks of true entrepreneurs and honest businesspeople the rhetoric snares some of the more gullible. However, even when the red team has full control of the government, it just keeps getting bigger, more intrusive, and more powerful, reminiscent of communism.

At root, the conservative problem with capitalism is the phrase, “free to pursue their own legitimate interests.” The second law of government is that you can do almost anything to people if you tell them you’re doing it for them. (The first law of government is nothing succeeds like failure.) Liberals and conservatives alike pose as benefactors. A system based on freedom and self-interest—capitalism—obviates that pose. Ostensible benefactors can’t use government and other people’s money to bestow their “munificence,” extract their rents, and grasp their power. In part it explains the vitriolic hostility of both sides towards Ayn Rand, who extolled freedom and rational self-interest and condemned coercive altruism.

Millennials would be best advised to fight for their and others’ right to their own lives. Unfortunately, millennials learn what they are taught, and cutting through all the hypocrisy, the lesson plan is collectivism. As are the generations preceding them, millennials are collectivists. The only difference is they want to be the ones doing the collecting.

The Individual, Not the Collective

35 responses to “Children Learn What They’re Taught, by Robert Gore”